Does God ever back out on forgiving us? 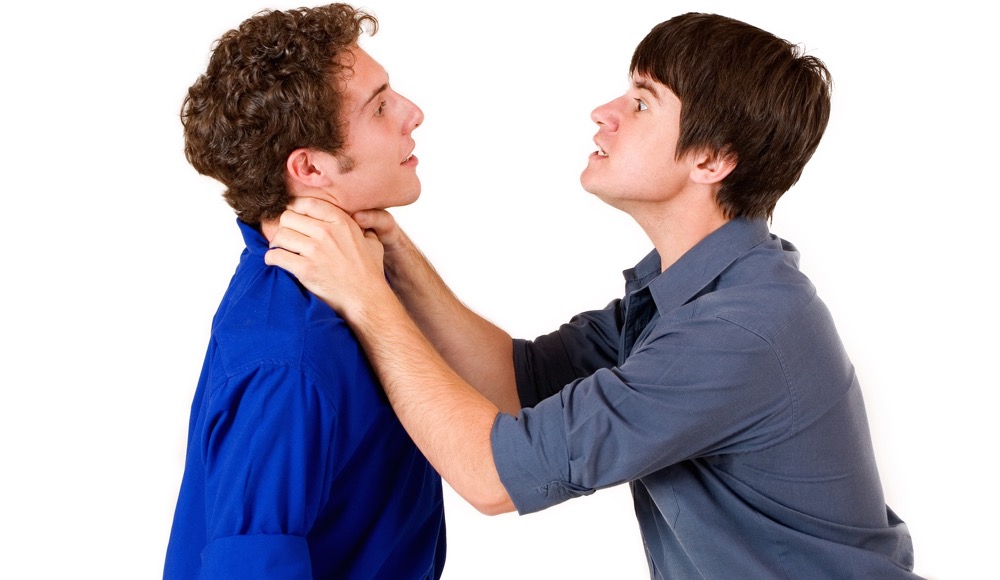 Did you hear the one about the guy who received forgiveness, and then lost it?

Some of Jesus’ stories don’t sit well with how we understand the gospel. I often hear salvation offered as a free gift: admit you’re a sinner, ask for forgiveness, and receive the gift of eternal life. You pray the prayer, and they assure you that you’re saved, because God promised it and wouldn’t lie.

But Jesus told a story where the unforgiving guy had his forgiveness rescinded. Unnerving?

Jesus’ parable was set in a world where a king had absolute authority and responsibility for his kingdom. When someone accumulated an unpayable debt, they don’t go bankrupt and walk free; they were bonded to work off their debt with their labour, as a slave.

But a slave had some honour, depending on whose servant he was, and what authority he was given. The guy in Jesus’ story had the honour of serving the king, and authority enough to run up a huge debt: ten thousand bags of gold (18:24 NIV).

When the king caught up with him, it was clear this servant could not remain in his job — misusing his authority and the kingdom’s resources. The king issued the order for the guy to be sold, along with this family and possessions, to repay his debt (18:25).

The servant offered no excuses. Calling on the mercy of the king, he promised to make good on the impossible debt. Astonishingly, the king was so touched by this request that he cancelled the debt and released the slave (18:26-27).

What a wonderful story of grace! But there’s a twist in the tale. The freed slave found someone who owed him a small debt, demanded full payment with his hands around the guy’s throat, and refused the guy’s request for time to pay (18:28-30).

He wants justice instead of mercy? That’s what he’ll have. He will be held in prison, suffering at the hands of the jailors, until he makes things right — something he can probably never do (18:31-34).

Jesus said:
Matthew 18 35 This is what my heavenly Father will do to you, unless you each forgive your brother/sister from your hearts.

If I make Scripture all about me and my personal salvation, this story is bad news. But Jesus say, “The salvation of individuals is like …” He said, “The kingdom of heaven is like …” The story is about humanity under divine governance, the world under heaven’s reign.

At the end of the story, Jesus used a plural you — a corporate application:
My Father (the king of the kingdom) will treat you (humanity under his kingship) like that, unless each of you forgive your family members from your hearts.

Remove the lenses that twist everything into individual salvation, and the parable comes into perfect focus as a story of God saving his world.

Humans are his servants, honoured representatives of the king, entrusted with responsibility of caring for his realm. But humanity has a history of not honouring our king, misusing the kingdom resources, not serving each other as fellow-servants of God, using the power entrusted to us to demean and enslave each other.

That’s why the Father of humanity chose one nation to be his servant, so the nations could see his character. The call of Abraham, the establishment of Israel as a nation under God’s kingship, a son of David as God’s anointed in his kingdom — Israel was the servant of the Lord among the nations.

But just like the rest of humanity, God’s servant misrepresented him and mistreated each other. Eventually God sold them into slavery, to serve other kings. Matthew opens his biography with this story: the descendants of Abraham, the kingdom of David’s descendants, sold into captivity (1:1-17), and Jesus was born to “save his people from their sins” (1:21).

God’s servant had been in captivity for 600 years. Why didn’t it end? Jesus insists the king is merciful, but he won’t release them only to have them throttle each other. He has already started to explain that the Jerusalem leaders have this intention against him (16:20-28; 17:9, 22-23). They cannot enter the kingdom of heaven unless they change and become like little children, (18:1-5), leaving vengeance to God instead of tripping each other up (18:6-9), trusting the shepherd (18:10-14), confronting and releasing each other with kingdom authority (18:15-20), practicing unrestrained forgiveness (18:21-22).

Israel was the servant of the Lord, but four times Jesus speaks of their fellow-servants. God handed his unfaithful servant over to the nations, but his goal is to restore the nations under his kingship as well — the whole earth, as a kingdom of heaven.

That’s the application for us. How will the world ever discover the character of its sovereign unless they see his mercy in the community that acknowledges his reign?

The future of the world as a kingdom of God is in the hands of the king’s servants. We won’t have a world restored into God’s kingship while we refuse to release each other from the obligations we hold against each other.

We are our message.

The story as told by Jesus

23 “Therefore the kingdom of heaven can be compared to a human king who wanted to settle accounts with his slaves. 24 When he had begun to settle up, one slave was brought to him who owed him ten thousand talents. 25 The man did not have the money to pay him, so his master ordered that he should be sold, together with his wife and children and all that he had, so that payment could be made. 26 So the slave fell down at his feet and said, ‘Be patient with me, and I will repay you everything.’ 27 But the heart of that slave’s master went out to him and he set him free and forgave him the loan.

28 But when that slave had gone out he found one of his fellow-slaves who owed him a hundred denarii, and grabbed him by the throat saying. ‘Pay me back what you owe me.’ 29 So his fellow-slave fell down and begged him, ‘Be patient with me, and I will repay you.’ 30 But he refused and went off and threw him into prison until he should pay the debt. 31 His fellow-slaves saw what had happened and were horrified, and they went and reported to their master all that had happened. 32 Then his master summoned him and said to him, ‘You wicked slave, I forgave you all that debt, since you begged me. 33 Wasn’t it your duty to show mercy on your fellow-slave, just as I for my part showed mercy on you?’ 34 And his master was furious and handed him over to be tortured until he should pay all that he owed.

35 “And my heavenly Father will treat you in the same way, unless every one of you forgives your brother or sister from your heart.”