Do politics and religion mix? How did Joseph make it work with Pharoah?

From prison to palace in a single day! Are you encouraged by Joseph’s story? It’s more than personal encouragement. It’s God doing something enormous, global even. What does Joseph’s story teach us about the kingdom of God?

God gave the king of Egypt a dream (Genesis 41:1). Is religion meant to influence politics? Aren’t church and state too explosive to mix? I guess God’s not very good at staying out of the political arena.

So how does the kingdom of God relate to the kingdoms of the world? The heavenly sovereign has wisdom for earthly rulers. He’s the king above all kings. But how God does this is crucial:

Is there a third way? Joseph brought God’s wisdom to the secular world. In a land far from family and faith, with a meteoric rise from prisoner to prince, Joseph represented God well in Egyptian politics. Can we learn from him?

END_OF_DOCUMENT_TOKEN_TO_BE_REPLACED

Does the kingdom of God call us to stand against injustice in God’s world?

Injustice opposes what God wants in his earthly realm. Many believers work for justice to promote the kingdom of God. For example, the Social Justice Secretary of the Salvation Army in South Australia says:

END_OF_DOCUMENT_TOKEN_TO_BE_REPLACED

This is the short version: what I’ve learnt from 6 years of blogging on the kingdom. 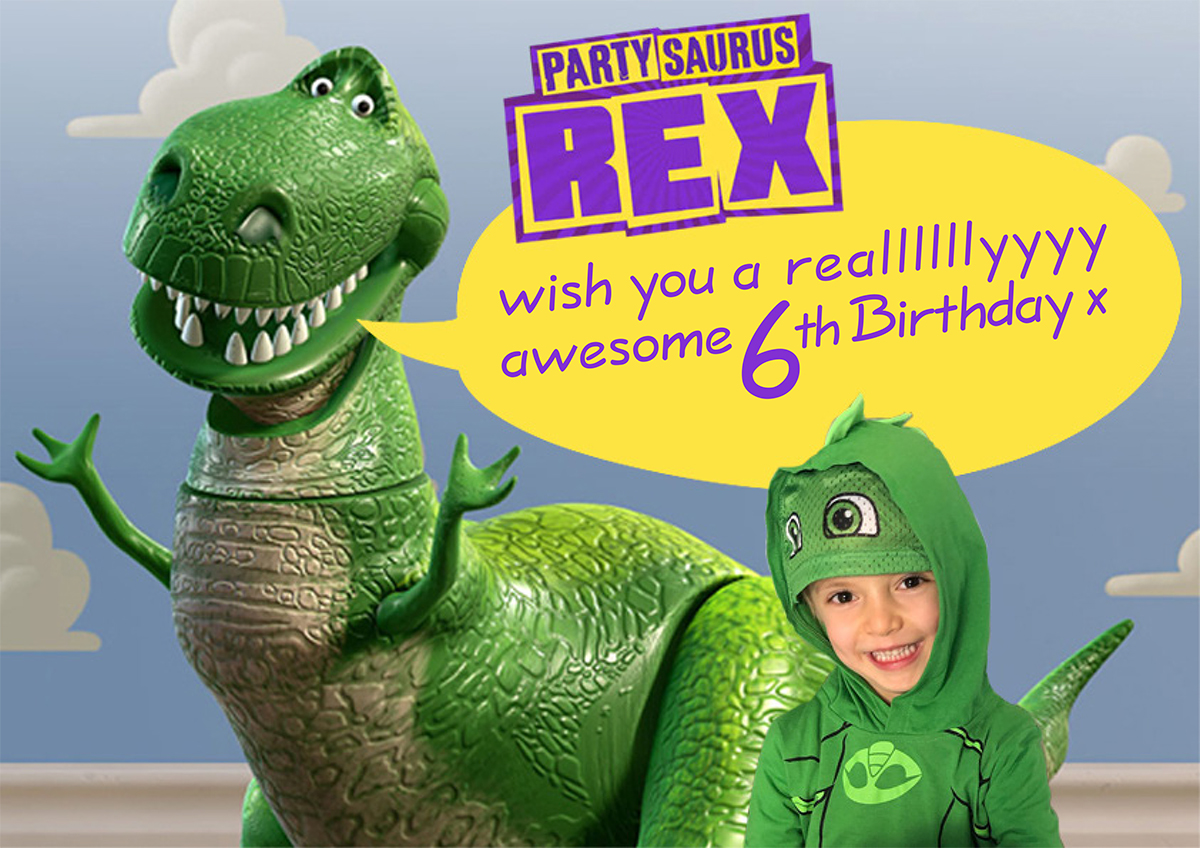 Six years ago (23 April 2016) this blog was launched as an investigation into why Jesus made the kingdom of God the centre of his thinking, and how things would turn out if we did the same.

Talk about mind-expanding results! God restoring the earth as a kingdom under heaven’s management through the leader he anointed for us — this is the good news. God is calling us all to recognize Jesus Christ as Lord — our response to the gospel.

END_OF_DOCUMENT_TOKEN_TO_BE_REPLACED

How much of Psalm 110 did Jesus have in mind when he quoted the first verse?

Psalm 110 proclaims three edicts from heaven that reconfigure authority on earth. Jesus quoted the first, and that was enough to silence his opponents (Matthew 22:41-46). The second would have put them in an unenviable position. And the third would have been too frightening to face.

END_OF_DOCUMENT_TOKEN_TO_BE_REPLACED

This Kiwi nails it: big picture of the kingdom, in brief.

How do you wrap your head around a topic as big as the kingdom? Here’s a great summary from New Zealand scholar, Mark Keown.

The first volume of his Discovering the New Testament surveys the Gospels and Acts. The rest of the book (pages 417–548) then pulls the whole story together as the kingdom of God.

I’m taking a break this week. I think you’ll enjoy this sample from Mark Keown:

END_OF_DOCUMENT_TOKEN_TO_BE_REPLACED

Should I move on to something new, a topic other than the kingdom of God? 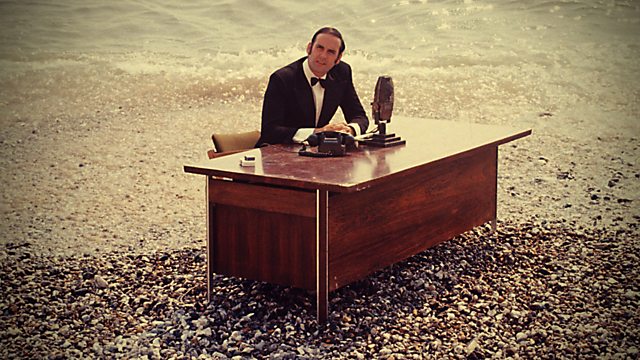 A couple of people have commented that they’re hearing the same thing no matter which text I’m talking about. Is it time to move on to something different? END_OF_DOCUMENT_TOKEN_TO_BE_REPLACED

In this post, we consider some other views of what kingdom work could be.

In our last post, we defined kingdom work as “implementing communal life under the king.” In this post, we’ll consider other views on what kingdom work could be.

Since we have limited time and resources, the king’s tasks are our priority. We don’t want to be tangled in tasks that are tangents.

So, let’s evaluate some common proposals. (Skip to Proposal 5 if you wish.)

END_OF_DOCUMENT_TOKEN_TO_BE_REPLACED

Kingdom work is a catchphrase for everything from social justice to church fund raising. But does it mean to work for the kingdom?

At the simplest level, kingdom work is doing what the king wants done.

We just need to be clear about what the king wants us to do. Is it individual piety, or getting people saved? Is it doing church work, or exposing injustice in society? Or is there no such thing as kingdom work, because the kingdom comes from God’s work, not ours? You’ll find people advocating all those positions.

How do we find out what the king wants done? The New Testament could provide some insight: END_OF_DOCUMENT_TOKEN_TO_BE_REPLACED

When you hear the word “gospel”, do you think of God’s kingship being restored on the earth? Jesus did.

Jesus’ gospel was different to ours. Here’s how the Gospels summarize his message and mission:

What is the gospel of the kingdom? How is it different to a gospel of personal forgiveness? Jesus’ gospel is on a different scale — the difference between liberating a prisoner and liberating a planet. END_OF_DOCUMENT_TOKEN_TO_BE_REPLACED

All our fuzziness about the kingdom becomes clear when we ask, “Who is the king?”

Here’s a single question to clarify Jesus’ teaching on the kingdom: Who is the king?

That question has two answers:

Our heavenly sovereign doesn’t impose his rule on us; he exercises his reign through us. He designed us to be images of his dominion, for the benefit of all the creatures on earth (Genesis 1:26-28; Psalm 8).

That’s why God promised to restore his reign through humans, through Abraham’s family. When Israel asked for a king, God agreed to have a son of David representing his reign on earth (2 Samuel 7:11-16). God’s reign is through “the Lord and his anointed” (Psalm 2:2).

So Jesus is God’s Anointed (the Christ). But Jesus rarely promoted himself. If we don’t realize that he’s talking about his own kingship, his kingdom teaching can sound cryptic.

END_OF_DOCUMENT_TOKEN_TO_BE_REPLACED 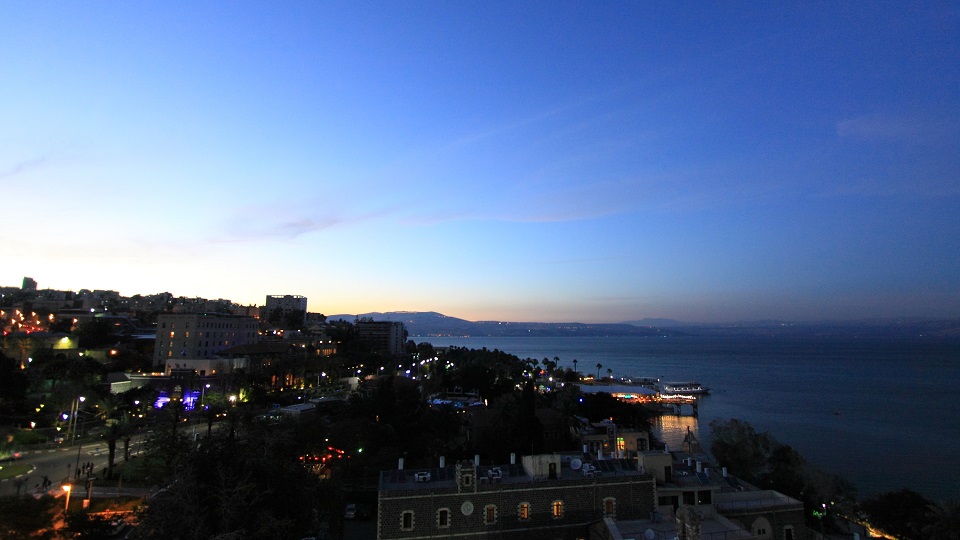 In the next five posts, we’ll cover the basics:

What is the kingdom? END_OF_DOCUMENT_TOKEN_TO_BE_REPLACED

Jesus built his theology around the kingdom of God. But is that a central theme in the epistles? Even the most basic texts come to life through this lens.

END_OF_DOCUMENT_TOKEN_TO_BE_REPLACED

We got stuck on when God’s kingdom comes, instead of who is king. 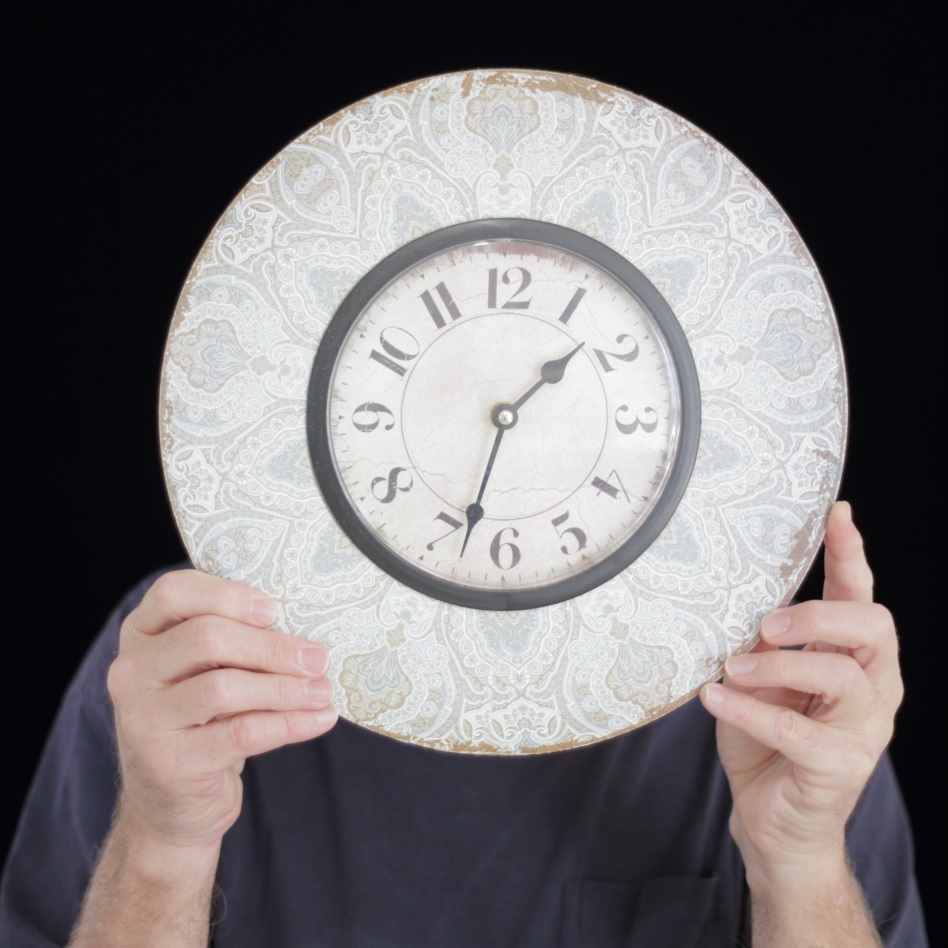 In the last two centuries, studies on the kingdom of God got bogged down in debate over when the kingdom comes. Is it already present now, or is it something Jesus will set up when he returns?

Wrong question: focusing on the When has obscured the Who. END_OF_DOCUMENT_TOKEN_TO_BE_REPLACED

After eight years on this topic, I’m attempting a simple definition:

The kingdom of God is: earth living as the community under divine governance.

Clear enough? Can we now reframe our message to match what Jesus proclaimed? We would focus on just two things: the community, and the king.

END_OF_DOCUMENT_TOKEN_TO_BE_REPLACED 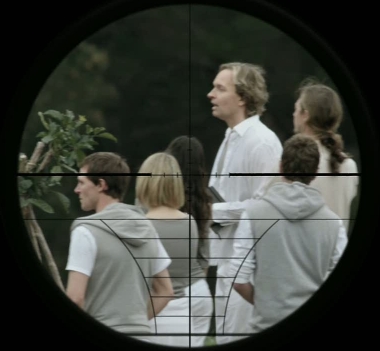 If the gospel is good news for the whole world, what’s it like to live the gospel? Surely it’s the best life we could possibly have?

That’s true in the long term. Life under Jesus’ kingship is indeed the best life earth could ever know. There will be no more selfishness when the poor inherit the kingdom, no more abuse of power when the meek inherit the earth.

But in the short term, it’s not quite so simple. Can we live selflessly while people take advantage of us? What happens if we live powerlessly in the face of abusive powers? Won’t we get crucified?

END_OF_DOCUMENT_TOKEN_TO_BE_REPLACED 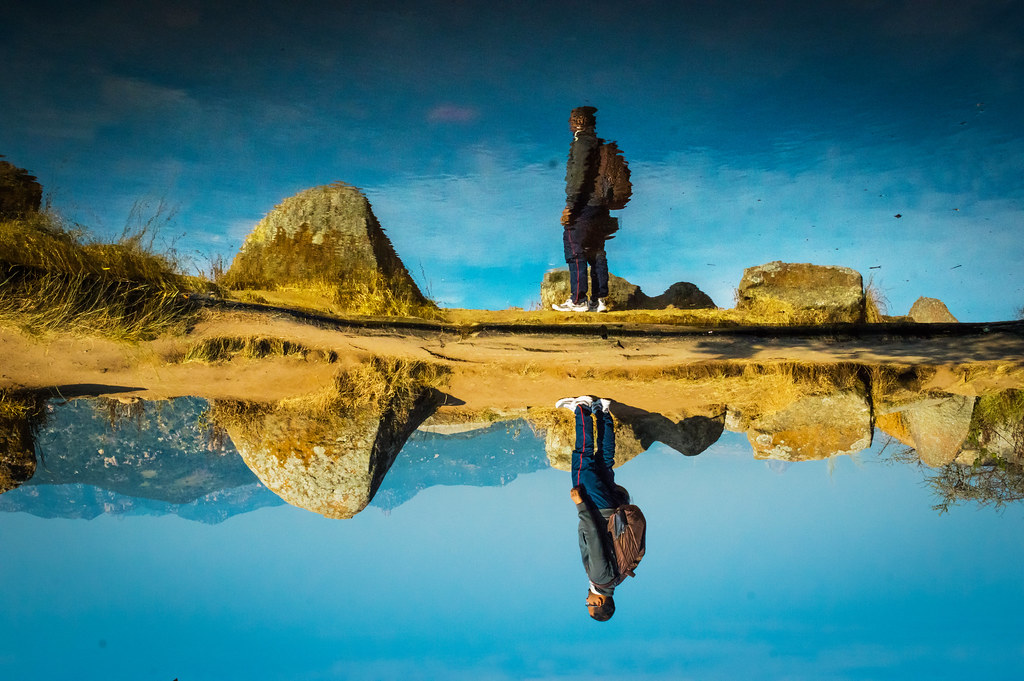 Some of my friends think Jesus’ kingdom vision was unrealistic, something we can never achieve until he returns and forces the world to submit.

END_OF_DOCUMENT_TOKEN_TO_BE_REPLACED

What about when people’s experience of hope is falsehood? 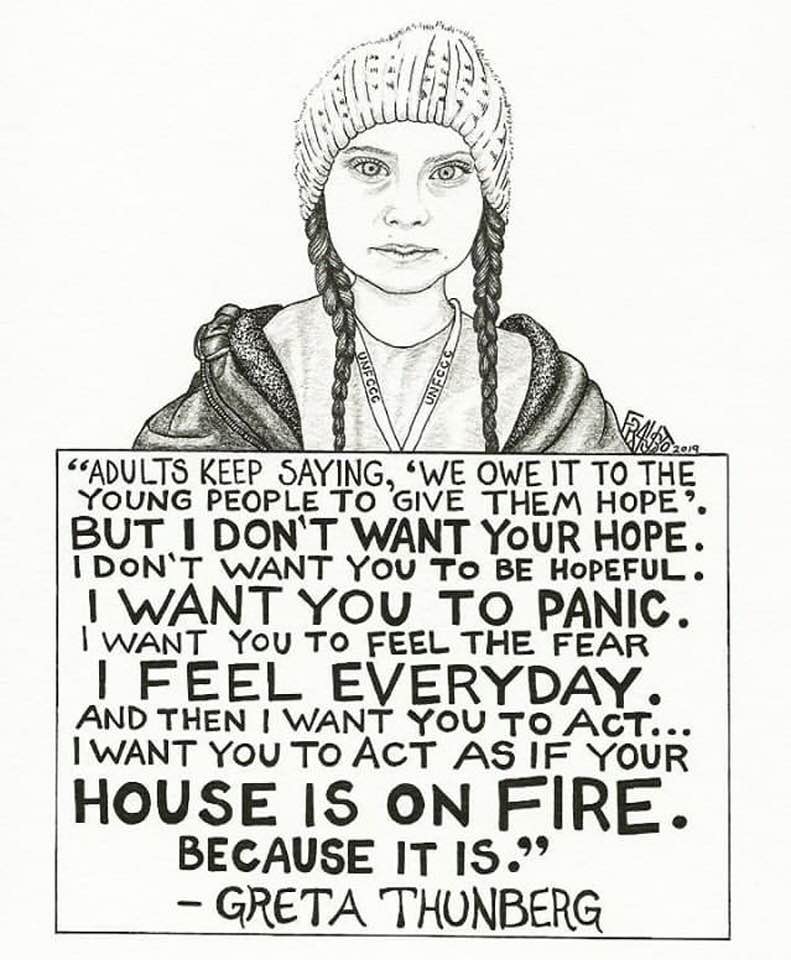 Pain can crush hope. Injustice and inhuman oppression squeeze the life out of us, so we yearn for release.

END_OF_DOCUMENT_TOKEN_TO_BE_REPLACED

Border protection is a big deal for both sides of politics in Australia. Stop the boats. Turn back the people-smugglers who put lives at risk with their leaky boats. Block the undesirables who don’t share our values. Don’t let the queue-jumpers in.

For more than a decade, we’ve heard these mantras from our rulers. Their polling assures them that the hard-line approach wins votes.

At times we’ve been shocked to see images of the off-shore detention centres. We wonder if we’re justified to lock people up for years as a deterrent. We’re concerned when they’re reduced to self-harm.

Now, don’t get scared about where this is going. I’m not suggesting we all march on Canberra to demand a change of policy. I’m not writing to Canberra. I’m writing to you, a follower of Jesus. I want you to consider how Jesus sees these issues. Surely that’s what defines how we respond.

END_OF_DOCUMENT_TOKEN_TO_BE_REPLACED

Should Christians be activists?

Good news! Jesus is the Christ. That means he’s chosen by heaven and anointed with power to rule the earth. He is restoring heaven’s government to a world that has been terrorized by competing claims and civil war ever since humans tried to take God’s power into their own hands.

This is good news for the world because it’s how the violent hostilities are replaced by divine peace. Peace can never be achieved through force. The cross is the ultimate paradox for solving violence. The all-powerful God placed himself at the centre of the battle for power, giving himself for his people, reconciling us to himself and to one another.

This is how hostilities end. The cross is God confronting human power claims. It’s how God restores peace, by uniting us under his governance (Ephesians 2:14-17).

What does that mean for earthly kingdoms?

END_OF_DOCUMENT_TOKEN_TO_BE_REPLACED

What does it mean to be human?

To err is human, and I’m only human. The way we spin it, it sounds like being human is a liability. Perhaps we’re still seeking our identity. END_OF_DOCUMENT_TOKEN_TO_BE_REPLACED