“Some standing here will not taste death before they see the Son of Man coming in his kingdom.” 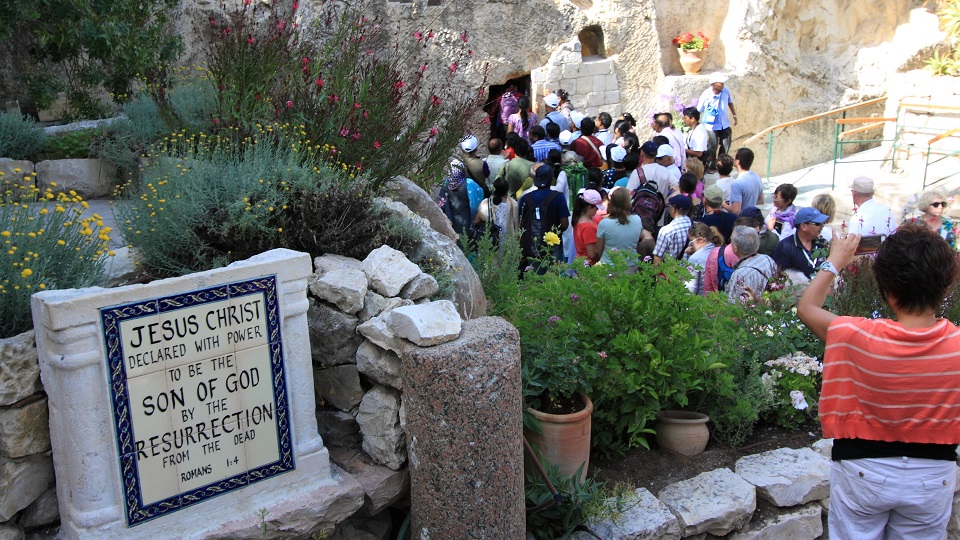 What do you think Jesus meant by this?

Matthew 16:27-28 (my translation, compare NIV)
27 For the son of man is about to “come in the splendour of his Father with his angels”, and then “he will repay each according to their actions.” 28 I tell you the truth: there are some standing here who will not experience death until they see “the son of man coming in his kingdom.”

We’re expecting Jesus to return in glory to judge the world. That sounds like verse 27, but then verse 28 doesn’t make sense: did Jesus really expect to return while some of his disciples were still alive? Whole books have been written to answer that question.

As every photographer knows, what you see depends where you stand. Come with me back to the first century to stand with the disciples and hear what they heard.

The “for” in verse 27 indicates Jesus was explaining the conversation:

Did this talk of death and crosses mean that expecting Jesus to be king was a dead end? No! The counter-intuitive path is how Jesus receives the kingship. He dies, and his Father raises him up — from tomb to throne. This is how he receives his Father’s splendour.

God’s kingship is not thwarted by the rebels on earth. Surrounding God’s heavenly throne are hosts of angels — attendants of the heavenly reign, messengers carrying his commands, servants carrying out his decrees. The rebels kill their enemies to keep power, but God has breath to resurrect his anointed, and angels to roll the stone away. The splendour of his Father would be given to the son of man as he rose from death to rule — God’s anointed with all the forces of heaven at his disposal.

Those who crucified him find themselves on the wrong side of history. The resurrected king has the authority to repay everyone for what they have done (compare Acts 2:36).

But the disciples who stuck with him — taking up their crosses (16:24), putting their lives on the line for him (16:25) — find themselves on the right side of history. The king would reward them for what they had done (16:27). The journey to Jerusalem was so dangerous that some could die with him, but not all. Some of them would survive to see Jesus being raised from death to kingship, with “all authority in heaven and on earth” (28:18).

Jesus understood this because it’s how the Scriptures spoke of his kingship. The phrases he used reveal the passages he had in mind:

The son of man receives his kingship not by killing the beasts but by being raised out of death by the by the sovereign who reigns among the angels and restores justice to the earth in his Messiah. That’s verse 27. And verse 28 says that some of the disciples listening would not die at the hands of the beasts like their Lord; they would not taste death before they saw him raised up.

You won’t understand what Jesus said if you limit his words to the past or the future:

Both groups misunderstand how his kingship works, how he received his kingship through resurrection, how he reigns until all his enemies are under his feet. His kingship has not arrived in its fullness, but it is here in the people who acknowledge him as king — those who (like Peter) declare, “You are the Anointed ruler, the Son with the authority of the living God” (16:16). Only the Enemy denies the kingship granted to him through death and resurrection (16:21-23).

How astounding it would have been when they saw Jesus conquer the forces of death and rise victorious over those who condemned and executed him! How amazing to hear the resurrected Christ instruct them about his kingdom, to see him ascend to heaven’s throne, to be empowered as his agents (Acts 1–2), and even to glimpse the son of man in his regal authority (Acts 7:56).

His kingship isn’t fully unlocked, but he has the keys. He is exercising his authority through those who recognize him as king (16:19).

In Dan 7:9–10 the judgment takes place at the throne of the Ancient of Days, surrounded by ten thousand times ten thousand angelic attendants; when the Son of Man “comes” to that courtroom scene it is as the one in whose favor judgment is given. But the result of that judgment is that he in his turn receives “dominion, glory and kingship” over all nations for ever (Dan 7:14), and so Jesus’ saying here merges the two roles, and he comes not to be judged but to judge. He thus shares “his Father’s glory,” and the angels who surround the throne of God become “his angels.” …

This future authority of the Son of Man is now given a timescale. Some of those standing there as Jesus speaks will still be alive to see it. … Jesus has spoken in vv. 24–26 of martyrdom as a realistic prospect for those who follow him, but not all of them will “taste” that death before his kingship is revealed to them. Some of them may be martyred before that, but not all.