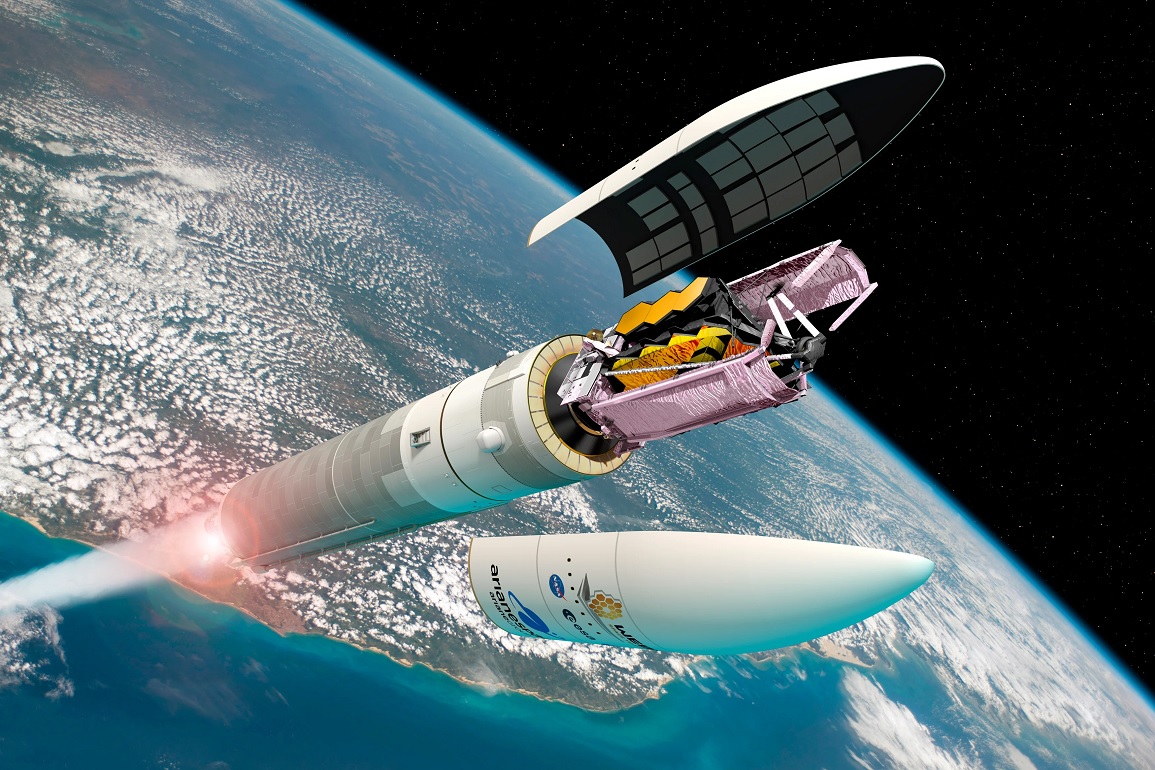 The opening verses of Paul’s letter to Rome contain the message the whole letter unpacks. By verse 17, the key theme comes into view:

Romans 1:17 (ESV)
For in it the righteousness of God is revealed from faith for faith, as it is written, “The righteous shall live by faith.”

Questions? What is the righteousness of God? How is it revealed in the gospel? What does from faith for faith mean? And why include a quotation when he’s packing the message so densely?

Watching Paul launch this letter feels like watching the launch of the James Webb Space Telescope on Christmas Day 2021. Four instruments and 18 mirrors were crammed into a tight bundle atop an Ariane 5 rocket. Minutes after countdown, it was soaring above the atmosphere, unfolding its payload faster than anticipated because the trajectory was so good. Then it took months to reach its orbital position and focus the mirrors before we could start to see what it was designed to show us.

Romans 1:17 is so tightly packed that different people unpack it different ways, depending on the assumptions we bring to the text. Good commentators look for how Paul himself unpacks this theme in the rest of the letter. The Habakkuk quotation tells us to look backward as well as forward.

I don’t believe Paul was prooftexting, lifting some phrase out of context to validate his message. Read the quote in context and you’ll see Habakkuk discussing how relationship with God works: doing right, out of faithfulness.

Habakkuk asks why God lets his people get away with murder: Why do you idly look at wrong? (Habakkuk 1:3). God was willing to act: “I’m raising up the Babylonians to take the land” (1:6). Habakkuk doesn’t doubt they deserve it, but he can’t see how this is doing right if God is meant to be faithful to them (1:12–2:1).

God agrees that Babylon’s power cravings are not right (2:4a), mercilessly killing nations forever as Habakkuk put it (1:17). God explains that his covenant nation will not die out, despite Babylon’s deadly intentions: those who do right out of faithfulness will live (2:4).

At the hinge of history, we see the revelation of God doing right out of faithfulness.

Out of his faithfulness, God sent his people the king he had promised: his Son, the Messiah. But those who wanted power for themselves (those whose desires were not right) handed him over to their enemies. The assassination of God’s Messiah was the worst rebellion against God’s sovereignty in history.

The resurrection of the Christ is the revelation of God’s righteousness — our heavenly sovereign doing right out of his faithfulness to the world in his care.

We’re missing the point if we think the gospel is a story about how I get to be considered righteous. It’s a story about God acting rightly by raising up his Son, proclaiming him Lord, restoring us into his governance instead of domination by death (1:1-4).

That’s what it means to say, In the gospel the righteousness of God is revealed (1:17, NIV).

The response God calls for

God does right by us, out of his loyalty to us. And that’s how he calls us to live: doing right out of loyalty to God.

That last phrase is identical in meaning to the quote from Habakkuk. To say that the gospel calls us into obedience from faith (εἰς ὑπακοὴν πίστεως, verse 5) is to say that the righteous will live out of loyalty to God’s Messiah (δίκαιος ἐκ πίστεως ζήσεται, verse 17).

From faith, to faith

The relationship between God and humanity depends on loyalty to each other:

This is how the covenant relationship works:

In light of the preceding verses and the Habakkuk quotation, this is what verse 17 says:

How God does right finally comes becomes clear in his good news proclamation [of Christ as Lord]. Out of his loyalty to us, we’re led into loyalty to him — just as Scripture says, ‘Those who do right out of loyalty will live.’

I think that makes more consistent sense than treating “righteousness” as a commodity God has but we lack, so the only way to balance his justice scales would be for God to give us some of his.

Righteousness is not something which an individual has on his or her own, independently of anyone else; it is something which one has precisely in one’s relationships as a social being. … God is “righteous” when he fulfills the obligations he took upon himself to be Israel’s God, that is, to rescue Israel and punish Israel’s enemies (e.g., Exod 9:27; 1 Sam 12:7; Dan 9:16; Mic 6:5) — “righteousness” as “covenant faithfulness” (3:3–5, 25; 10:3; also 9:6 and 15:8). Particularly in the Psalms and Second Isaiah the logic of covenant grace is followed through with the result that righteousness and salvation become virtually synonymous: the righteousness of God as God’s act to restore his own and to sustain them within the covenant. …It is clearly this concept of God’s righteousness which Paul takes over here; the “righteousness of God” being his way of explicating “the power of God for salvation.” … It is with this sense that the phrase provides a key to his exposition in Romans 3:5, 21–22, 25–26; 10:3), as elsewhere in his theology (2 Cor 5:21; Phil 3:9).

For Luther and many Protestant interpreters who have followed him, “justification by faith” is the center of Romans, of Paul’s theology, and indeed of the Bible. This view of the matter has, however, been subjected to severe criticism. … Justification by faith is the anthropological reflex of Paul’s basic conviction that what God has done in Christ for sinful human beings is entirely a matter of grace (see especially 3:24; 4:1–8, 16).