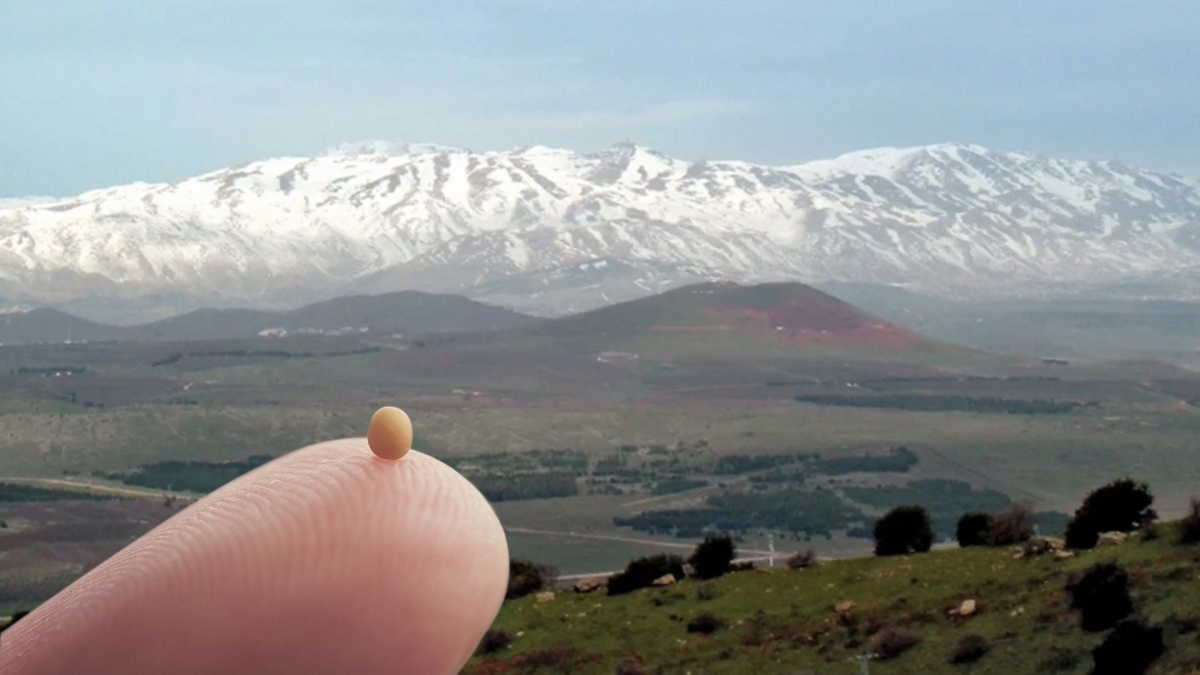 As a young pastor, I preached this text calling for an expectant faith that moves mountains. God does amazing things. But with the benefit of a few more years, I can also identify with the disciples who, on this occasion, failed to give the boy his healing.

I still have much to learn, so I’ll comment from just one angle — the kingdom perspective.

Matthew 17:14-21 (my translation, compare NIV)
14 As they re-joined the crowd, a man came up and fell to his knees before him 15 saying, “Lord, please help my son. He has fits and suffers injury, since he often falls into the fire and often into the water. 16 I brought him to your followers, but they couldn’t heal him.”
17 Jesus replied, “O, faithless and misguided generation! How long will I be with you? How long can I put up with you? Bring him here to me.” 18 Jesus rebuked it, the demon left him, and the child was healed from that moment.
19 Then Jesus’ disciples approached him privately and asked, “How come we couldn’t cast it out?”
20 He says to them, “Because or your [plural] micro-faith. I tell you the truth, if you were to have faith the size of a mustard seed, you will tell this mountain, ‘Move from here to there’ and it will move. Nothing will be impossible for you [plural].”

My first mistake was reading this individually, as if nothing will be impossible for me. That’s not what he said. Our faith derives from being a community under heaven’s authority.

My second mistake was failing to hear this story in the context of Jesus’ authority. They were just realizing that Jesus was the ruler anointed by heaven (Christ), restoring heaven’s reign to the earth (16:16-28). Heaven had just confirmed his glorious authority with the command, Listen to him! (17:1-5)

Mountains are the metaphor of immovable. In the centuries before Christ, kingdom after kingdom had invaded and imposed their stamp on the landscape, but the mountains remained. Human authority could not move them, just as human authority was unable to remove the reign of those empires. That would take an act of God.

Heaven’s reign changes everything, even the mountains. Wild spaces and deserts are no longer considered as of little value. When God reigns, the poor are raised up and given the kingdom. The high places are brought low. Terraforming the earth is the glory of heaven’s reign:

Isaiah 40:4–5 (NIV)
4 Every valley shall be raised up, every mountain and hill made low;
the rough ground shall become level, the rugged places a plain.
5 And the glory of the Lord will be revealed, and all people will see it together.
For the mouth of the Lord has spoken.

What counts is not the size of our faith but the declaration of our God. Natural thinking asks whether our faith is up to the task, but Jesus says we don’t need a mountain-sized faith to move a mountain.

Just as well! If they were still near Caesarea Philippi (16:13), Jesus may have been pointing to Mount Hermon as this mountain. If you needed a faith equal to the task, a 9000-foot mountain would crush and bury you and your scales before you could put your little herb seed of faith on the other side.

But faith is not working up enough confidence to smash a mountain. It’s pure reliance on what God decrees, on what the mouth of the Lord has spoken.

So, what has God decreed? He has decreed the end of the reign of evil. The demonic oppression of the child cannot remain in the presence of the Son who restores heaven’s authority to earth. All they needed was to listen to him (17:5).

Jesus did not use that authority to remove the human rulers who opposed his authority. He did not treat Herod as a mountain to be cast into the sea. He did not cast down the temple authorities in Jerusalem to avoid the pain of the cross. Nothing was impossible, but that’s not how heaven uses its authority.

Note carefully what Jesus says immediately after Nothing will be impossible for you:
The son of man is about to be handed over to the hands of men. 23 They’ll kill him, and on the third day he will be raised up (17:22-23).

His pain is the preceding context (16:21 and 17:9). His frustration is the generation that mistrusts his leadership and ends up misguided. It’s the irony of his painful question, How long will I be with you? How long can I put up with you? (17:17)

Jesus’ authority does move mountains. In the end, every valley shall be raised up, every mountain and hill made low under God’s reign. But he’s not a bulldozer forcing the earth under his feet. He’s not blasting haughty mountains with explosives or expletives. He’s establishing heaven’s authority on earth by giving his life. It’s the only possible way to represent his Father’s authority (26:42).

Heaven’s authority does not force people against their will. You cannot use your faith to demand that God make your spouse return after a separation, or your business partner return the money they stole. God’s authority calls us to suffer in the face of evil, just like our Lord. The prosperity teachers lost the context of the cross.

There is so much suffering in God’s world. War in many places. Diseases take children before their life unfolds. The rich and powerful gorge themselves while others starve. Crime and injustice seem like insurmountable mountains. What is our faith in the face of all these?

In the face of the injustice of those who refuse to submit to heaven’s authority, the Lamb is leading the world back under heaven’s reign. We join our faith with his mother’s even before she gave birth, declaring, He has brought down rulers from their thrones but has lifted up the humble. (Luke 1:52).

Nothing can stand against him. No obstacle can withstand the authority of his name. Satan has already been dethroned (John 12:31; 16:11). Nothing is impossible for heaven’s authority.

But we exercise his authority with sacrificial love, just like the king we represent. In the context of his reign, nothing is impossible for us.

“Nothing will be impossible for you” must thus be interpreted as nothing Jesus has given you the authority to do, such as this exorcism. Obviously, many other things are impossible for believers — based on the limitations of their humanity and of God’s will. As v. 22 immediately makes plain, even Jesus’ own miracle-working abilities did not permit him to escape the cross despite repeated temptation to do precisely that. See 1 Cor 6:12; Phil 4:12–13 for other important limitations on the permissibility and possibility of Christians doing “all things.” Verse 20 nevertheless provides a precious promise we dare not ignore. Much is not accomplished for the kingdom because we simply do not believe God will adequately empower us or else because we undertake various activities in our own strength rather than God’s. Yet we must recognize the limitations of this promise, in light of other Scriptures, and not use it to foist a guilt trip on ourselves or others when faith does not eliminate every calamity from our lives.