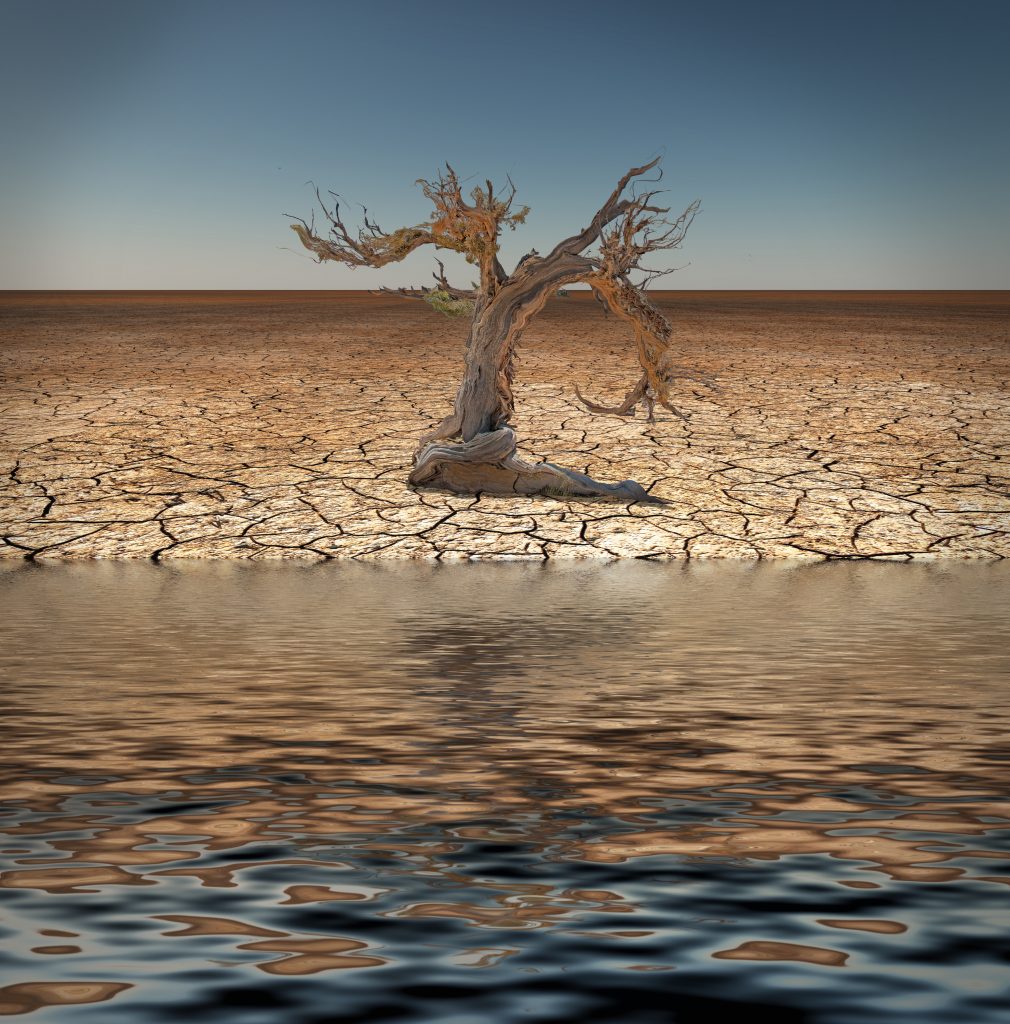 The euphoria of coming out from Pharaoh’s oppressive rule didn’t last long. The Hebrews soon discovered they were still in a broken world.

They had not returned to Eden’s Garden where the rivers of God’s presence gushed forth in all directions to water creation (Genesis 2:10-14). No, they were in parched wilderness, without water, for three days (15:22).

When they finally found water, their fading hope turned to despair: it was too bitter to drink. Have you known that depth of disillusionment? Sometimes creation itself seems so damaged that it can scarcely sustain life for God’s people.

Facing a mutiny, Moses presented their desperate plight to the sovereign who had led them into this place. God responded, directing Moses to do the strangest thing: throw a particular piece of wood into the water. The bitter water became drinkable.

The Bible never denies how bitter creation has become, but it has a wonderful message of rescue and restoration. Our heavenly sovereign knows how to take tragic symbols of broken creation — dried wood and bitter water — and put them together to restore his world. He knows how to overpower the bitterness and restore the sweetness he intended for his earthly realm.

What God did here was not just an odd event. It’s an object lesson that reveals his character. The God who healed the water at Marah is the God who heals his people and his world as we follow our true king. Creation itself is struggling, and God has limited the capacity of evil to prosper, with the plagues in Egypt being a classic example.

Nevertheless, God will heal his wasted world, and he will do so through his people. Those who live under his kingship experience our sovereign’s healing as he heals his creation:

Exodus 15:26 (ESV)
If you will diligently listen to the voice of the Lord your God, and do that which is right in his eyes, and give ear to his commandments and keep all his statutes, I will put none of the diseases on you that I put on the Egyptians, for I am the Lord, your healer.

Like the Hebrews, we still find ourselves in a world that is not yet fully restored, a creation subjected to futility so that evil can’t prosper. We have the presence of the Holy Spirit who restores creation, yet we still suffer because we don’t have our resurrection bodies yet. But our groaning is not despair: God took a wooden cross and used it to deal with the bitterness of the world, restoring life through his death. Our present struggles are not worth comparing to the glory that will be revealed when our sovereign restores his creation (Romans 8:18-25).

Our confidence rests on his faithfulness. Our heavenly sovereign never gives up on his broken creation: he heals it, dealing with the bitterness, making everything sweet again. He summarizes his purpose like this: “Behold, I am making all things new” (Revelation 21:5).

So even though we don’t have restored creation yet, we are under God’s leadership now. In hardship and in plenty, we celebrate the King who provides for his people on the journey to his fully restored kingdom:

Exodus 15:27 (ESV)
Then they came to Elim, where there were twelve springs of water and seventy palm trees, and they encamped there by the water.

We’re on the way to renewed creation. God is the living water restoring creation, the tree of life healing the nations. If you’re thirsty, take the water of life, the provision of our king (Revelation 22:1-2, 7).