How did Jesus respond as Pilate asked the ultimate question? 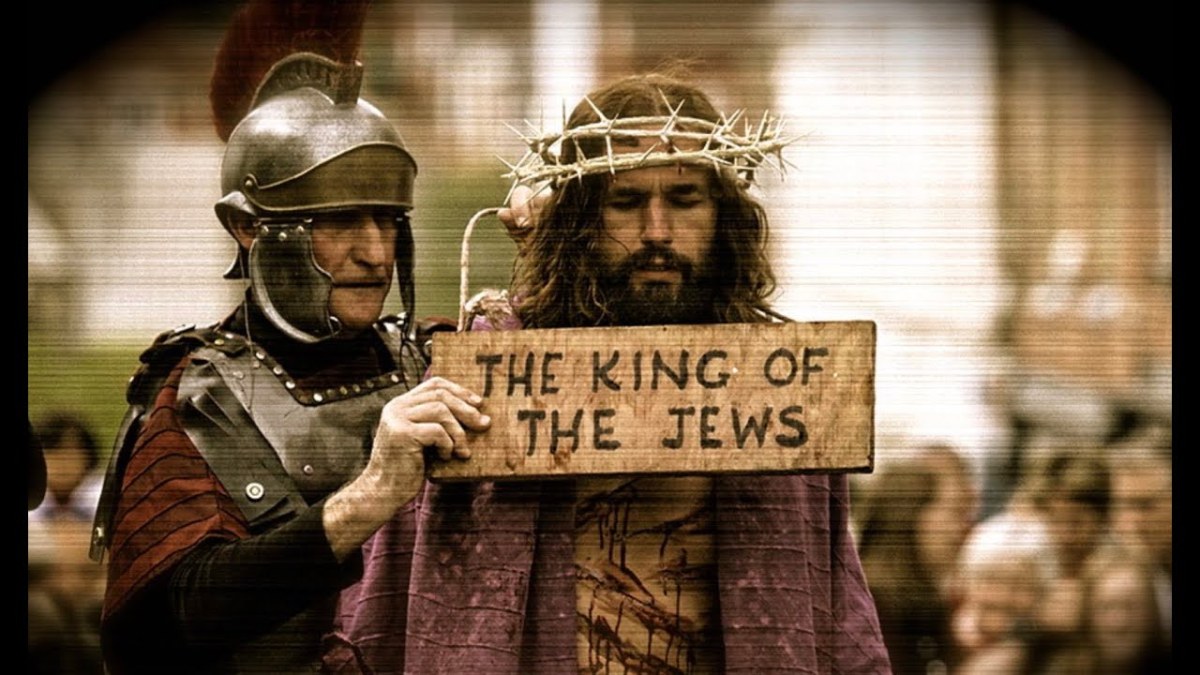 Pilate’s question goes to the heart of the gospel: Are you the king of the Jews?

From the very start, Matthew described Jesus as the anointed leader descended from King David (1:1). But Jesus has been less direct in claiming the regal title. Not until his crowning statement at the end do we hear the Christ claiming all authority in heaven and on earth (28:18).

Matthew treats this question as the focus of the investigation. The Jewish trial demands, Tell us if you are the anointed ruler (26:63). The gentile trial begins, Are you the king of the Jews? (27:11)

So how are we to understand the governor’s question and Jesus’ reply?

Matthew 27:11 (my translation, compare NIV)
Jesus was placed before the governor and the governor questioned him, “You are the king of the Jews?”
Jesus responded, “Your words.”

Both quotations (in Greek) begin with an emphatic You:

This is crucial to understanding the kingdom of God. Jesus taught and enacted the kingdom, but never told them who was king.

Years into this mission, one of his followers finally twigged, You are the anointed leader! (16:16). That’s when we discover why Jesus was not laying claim to power. It had to be revealed by his Father (16:17). Jesus would not even let them make regal claims on his behalf (16:20).

The revelation of Jesus’ identity did break through. Even blind people could see he was the Son of David (20:30), and the crowds recognized him through the revelation in the prophets and the Psalms: See, your king comes to you … Hosanna to the son of David (21:5, 9).

What saves the world is not a demand for submission or a condemnation of its powers. What saves is the revelation of the Christ, the authority entrusted to the Lamb, a king like no other.

That’s why Jesus left the governor to ponder why he’d asked that question in the first place. Was the governor merely listening to hear-say — a rather poor basis for a trial? Or was Pilate voicing something more — perhaps the kernel of a revelation from heaven about Jesus’ authority. Something like a revelation came to Pilate’s wife (27:19).

Matthew 27:12-14
12 On the accusations brought against him by the high priests and elders, he said nothing. 13 Then Pilate says to him, “Don’t you hear how much they testify against you?” 14 He answered him not a word, so the governor was astounded.

It leaves me wondering how Jesus’ approach could shape how we do evangelism. Something special is taking place wherever people are asking, Are you the king of the Jews?

Pilate asks if Jesus is “the king of the Jews.” Jesus’ reply … should be interpreted as previously, Your words not mine, not as in the NIV, “Yes, it is as you say.” Here all three Synoptics agree exactly on Jesus’ response. Yes, Jesus is the King of the Jews, but not in the way Pilate fears (cf. John 18:36–37). Jesus has committed no crime against Rome. Instead, Pilate, a Gentile, has unwittingly testified to Christ’s kingship, even as the Gentile magi did more consciously at the beginning of the Gospel (2:1–12).

The cryptic quality of his answer keeps Pilate from being able to level a charge of treason against Rome, although Matthew’s reader can hear in context the affirmative sense of Jesus’s response.