What’s the same and what’s different between King Jesus and the rulers of this world? 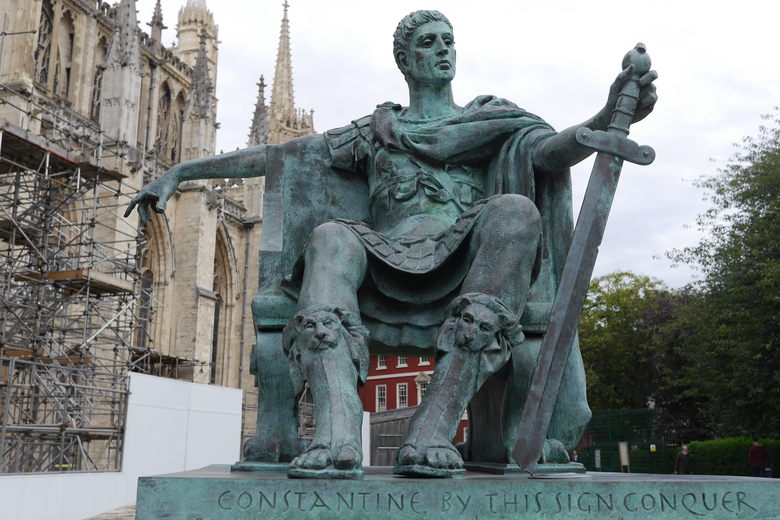 To declare Jesus as “the Christ” is to declare he is God’s anointed ruler for all the peoples of the earth. His kingship restores earth to heaven’s governance. That’s the whole point of the kingdom of God.

So, how does Jesus’ kingship compare to other rulers, like the president of the United States or the Chairman of the People’s Republic of China? What’s the same, and what’s different?

That question cropped up as soon as his followers recognized Jesus as king (16:16). He promised to share his power with them (19:28). James and John believed him, so they sought the most powerful seats in his government (20:20-23). Their faith was genuine, yet already corrupted:

Matthew 20:24-28 (my translation, compare NIV)
24 When the ten heard, they were outraged about the two brothers. 25 Jesus called them together and said, “You know how the rulers of the nations lord it over them and the great exercise power over them. 26 It is not to be like this among you! Anyone who wants to be great among you is to become your servant, 27 and anyone who wants to be in charge is to be your slave, 28 just as the son of man came not to be served, but to serve and give his life in redemption of the many.

For rulers of the nations in Jesus’ world, think Caesars. In Jesus’ grandparents’ time (63 BC), God’s people came under the rule of Julius Caesar when they were invaded by the Roman armies led by Pompey the Great. Pompey took that title in honour of his boyhood hero, Alexander the Great, the warrior who swept through all the lands from Turkey to Iran (Persia), enslaving the nations under Greek power.

But it’s only good news if the servants of King Jesus are enacting God’s reign. It’s not good news if they act like the rulers of this world, those who are considered great. Already King Jesus has a problem. Even his closest friends who have placed their faith in his kingship are corrupted by power, desiring control over others. Ever since God placed humans in his Garden, this has been the essence of sin.

The king insists, It must not be like this among you! Jesus’ kingship is not like Caesar, or Pompey the Great, or Alexander the Great. His presidency over the earth looks nothing like the way Donald Trump or Xi Jinping use their power. Trump cannot save America or make it great. That’s a false gospel, misleading the people of God, for God has given us only one name to save us from our current rulers and those who claim to be great (Acts 4:12).

People made that mistake when Emperor Constantine announced his conversion to Christianity. He saw the sign of the cross as the emblem by which he could conquer the world. God alone can judge if his faith was genuine, but he fell into the same trap as James and John in regard to his power.

The same problem has troubled the church throughout its 2000-year history. With popes and bishops and heads of denominations, priests and pastors and ministers, church councils and boards and congregations, the exercise of power of the people of God has continued to divide the church and damage relationships among God’s people. We have not found a way to fulfil our king’s command: It must not be like this among you!

The sin of the world continues to harm the people God is seeking to save, and the credibility of the gospel. The gospel is a story about a ruler who became great not by grasping power or demanding people bow to him, but by being everybody’s servant. He did not receive kingship by enslaving everyone, but by becoming everyone’s slave. He did not receive the throne by killing his enemies, but by dying at the hands of his enemies for the world under their power.

How do we represent a king like that?  How do we embody the kingship of the one who came not to be served but to liberate the world from its servitude to evil and death? How do we enact this good news, as the corporate expression of his government (the body of the Christ)?

James and John were still learning how to live this gospel. Are we?

882 The Pope, Bishop of Rome and Peter’s successor, “is the perpetual and visible source and foundation of the unity both of the bishops and of the whole company of the faithful.” “For the Roman Pontiff, by reason of his office as Vicar of Christ, and as pastor of the entire Church has full, supreme, and universal power over the whole Church, a power which he can always exercise unhindered.”

As the bishop is above the rest in honor, so there is more authority in the assembly than in one man. For it was a very wicked misdeed that one man, transferring the common power to himself, both opened the way to tyrannous license and seized from the church what had belonged to it, and suppressed and dissolved the assembly ordained by Christ’s Spirit.