What’s the relationship between the kingdom of God and the power of the state? 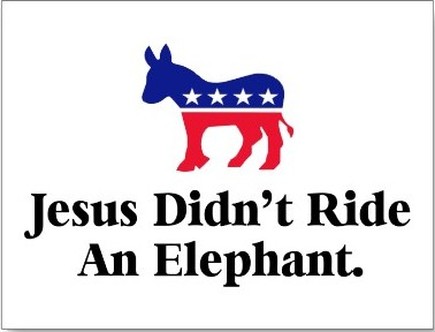 Mixing religion and politics could start an argument, but we can’t avoid the gnarly question.

How should Christians interact with the power of the country we live in? Should we be politicians, law makers, advisors, ambassadors, judges? Should we lobby politicians over issues like same-sex marriage? Should we oppose institutional injustice like incarcerating people on Manus Island?

Should churches promote and fund activist agendas to challenge government policy? Or should we do those things only as individual citizens? Or is this whole thing diverting us from our calling?

To make the question even harder:

The state is the servant of God to limit violence and restrain injustice. Without the power of the state, it’s the law of the jungle: the most violent win. Since the world does not yet submit to God’s authority, we need human authorities.

Yet nation states also do terrible things. They perpetrate violence, conduct wars, and inflict suffering, especially for minorities. People with power are self-serving, both in dictatorships and democracies.

In an episode of Yes Minister, the MP asks how he can hush up his blunder. Humphrey advises, “We just need to show that releasing the information is not in the public interest.” “Well, I represent the public, and it’s not in my interest.”

To study history is to study the powers that come and go, most often through force. You’d be hard pressed to find a century without war. States fight for power. The first time the Bible uses the word king, it makes the point that kings make war (Genesis 14). That hasn’t changed: in the last 100 years, we’ve had two world wars, and wars rage on. We’ll never end violence and injustice through the current political system.

Jesus received the ultimate political offer: all the kingdoms of the world (Matthew 4:8-10). He turned it down. He refused to collude with the prince of this world. He does not receive kingship from this world’s political powers (John 18:36). If you want a good news story, meditate on how he did become king.

If you work for a government, do the best job you can for the people you represent. Work for peace: you can make a difference for some in the short term.

Pray for our political leaders (1 Timothy 2:1-2). But the best we can hope for from them is that they will make decisions that lead to peace so we can announce the true peace giver (vv. 3-4). The truth is, there is only one negotiator who can make peace between people and God, and therefore peace between people of the nations (vv. 5-7).

The church cannot place its hope in the political parties of this world. Our hope is the day when “The kingdom of the world has become the kingdom of our Lord and of his Messiah, and he will reign for ever and ever” (Revelation 11:15).

Mary was right. In her son, God “brings down the mighty from their thrones” (Luke 1:52).

“Do not put your trust in princes, in mortals, in whom there is no help. When their breath departs, they return to the earth; on that very day their plans perish.” (Psalm 146:3-4)

R. S. Barbour correctly states, “Because this theme of God’s action was so central to Jesus, the Kingdom of God has tended to become a cover-phrase for varied understandings of that action in the world.” This is an understatement, as quotations from representatives of five kingdom perspectives show …:

First, the classic liberal theologian, Adolf von Harnack:
“The kingdom of God … is the rule of the holy God in the hearts of individuals …”

Second, the “father of the social gospel,” Walter Rauschenbusch:
“… the Kingdom of God can be established by nothing except righteous life and action. …”

Third, the most famous liberation theologian, Gustavo Gutiérrez: “… the elimination of the exploitation and poverty that prevent the poor from being fully human has begun; a Kingdom of justice …”

Fourth, the original Christian reconstructionist, R. J. Rushdoony:
“… The state must be the servant of the Messiah.”

Fifth, an influential evangelical postmodernist, Brian McLaren:
“… There is also a social dimension to the kingdom of God, a dimension that challenges normal human (and religious) assumptions about peace, war, prosperity, poverty, privilege, responsibility, religion, and God.”

Here are five very different conceptions of the kingdom of God—each containing at least elements of truth. But each also fails to capture the full biblical message of the kingdom. It seems that doing so is a difficult task.

Keith Mannes, When This Pastor Got Political, (Christianity Today, May, 2017):

I thought a town hall meeting would be the perfect venue to fight for justice. I was oh-so-wrong. …

But I need to keep my soul in the right place while finding greater ways to advocate for justice — and to actually do justice. I need to keep engaging, but with an equanimity and a dignity that reflect the confidence of someone whose existence rests in the “life that is truly life.”

[previous: The kingdom and personal power: more than conquerors?]

[next: God’s kingdom and the millennium]

3 thoughts on “God’s kingdom and politics”