What God is doing is effective: it will transform the world. 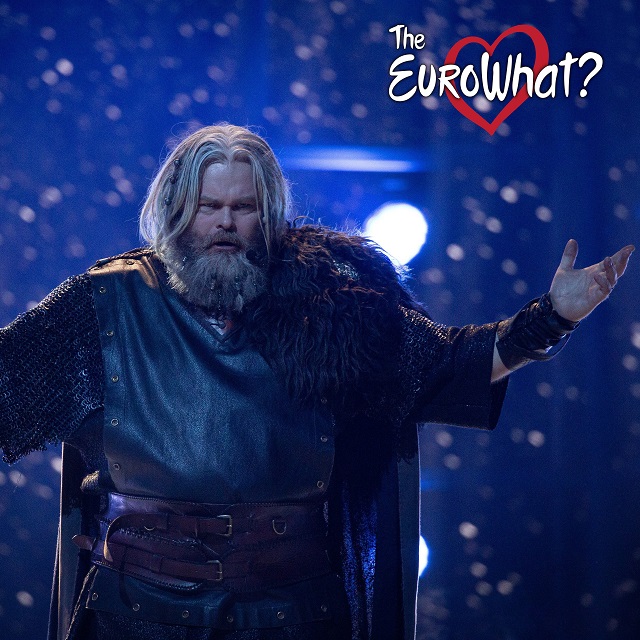 You might think it’s always off, but Eurovision really is off this year (2020).

That didn’t stop a Dutch team using a computer to generate a new Eurovision song. They fed it input from previous Eurovision hits and from social commentary site Reddit. Reportedly, it wrote a song “that crescendos as a robotic voice urges listeners to ‘kill the government, kill the system.’”

Artificial Intelligence (AI) doesn’t create those ideas. It reflects what people say. There must be quite a few anarchists reacting to the oppression and systemic injustice in the world for AI to produce that song.

Unfortunately, many of us in church don’t think of sin like that. I think of sin as my faults, the ones for which I need forgiveness, because that’s how I get saved. We lose the world-transforming power of the gospel when we reduce it to a story about me and how I can get my forgiveness. Sin isn’t just a problem in each individual. It’s the oppressive power that dominates the world, causing all the wars, all the social devastation, all the problems the anarchists react to.

Jesus took no sword to Caesar. He took the cross from Caesar.

The rulers who dominate this world gain their power through deception (tricking people into giving them power) and death (killing those who oppose them). These two powers were exposed at Jesus’ trial:

So what Jesus did was to take in his own body the evil that oppresses the world, carrying it down into death, trusting that — since he was God’s anointed ruler (the Christ) — God would raise him up out of the power of death, as the leader who restores God’s world (our Lord).

The good news is not simply that you can have personal forgiveness for your misdeeds; it is that God has broken the powers of deception and death, the oppressive powers that cause anarchists to demand, “kill the government, kill the system.” Evil is killed, for Jesus absorbed it in his body on the cross. The oppression has died with Christ, because God raised him up so death has no power over him. The power wars are over, for God has established one new humanity in him, humanity at peace for the first time.

Ephesians 2:4-17 (interpretative translation)
4 We have a heavenly sovereign who overflows with mercy for his broken people. Just look at the extent of his love, his love reaching out to us in his Son. 5 And since we had died in the rebellion against God, he plugged us into his Anointed and brought us back to life in him. We were rescued out of death by our sovereign’s generosity — 6 co-raised out of death, and co-enthroned with King Jesus in his heavenly appointment. 7 God did this to show the coming eras the extraordinary richness of his generosity, the regal kindness extended to us by giving us King Jesus.

8 For it is by his generosity that you people of the nations are being rescued, through his faithfulness. The rescue doesn’t come from you; it is God’s gift, 9 nothing you’ve achieved, nothing you can brag about.

10 For we together are the product of God’s work, the artistry he created in King Jesus, the community living productively, the way God always intended humans to live.

11 So, remember how you who come from other nations were called “the uncircumcised” by those who call themselves “the circumcised” (since they see physical cutting as the marker of who is in the covenant people). 12 Back then, you were not included in God’s anointed King. You were alienated from citizenship in Israel, foreigners to the covenant promise of divine kingship, outside the hope of God’s reign over the world. 13 But now, in King Jesus, you who were remote from all this became participants — through the slaughter of God’s anointed!

14 For he is our peace agreement; forming a new union from both parties. In his physical person, he dismantled the hostility that divided humanity into covenant and non-covenant people. 15 God’s law and commands (what God decreed for his subjects) exposed the division between the two groups, but King Jesus dismantled that division, creating one unified humanity out of the two human divisions. He did this in his own being: in his role as ruler of all people, he made peace.

16 In his own body, he completely reconciled both human groups by drawing them both together to God into one through his cross — within his own being, killing off the hostility. 17 Then he came back and announced the good news: peace for you who were remote, and peace for the ones who were near.