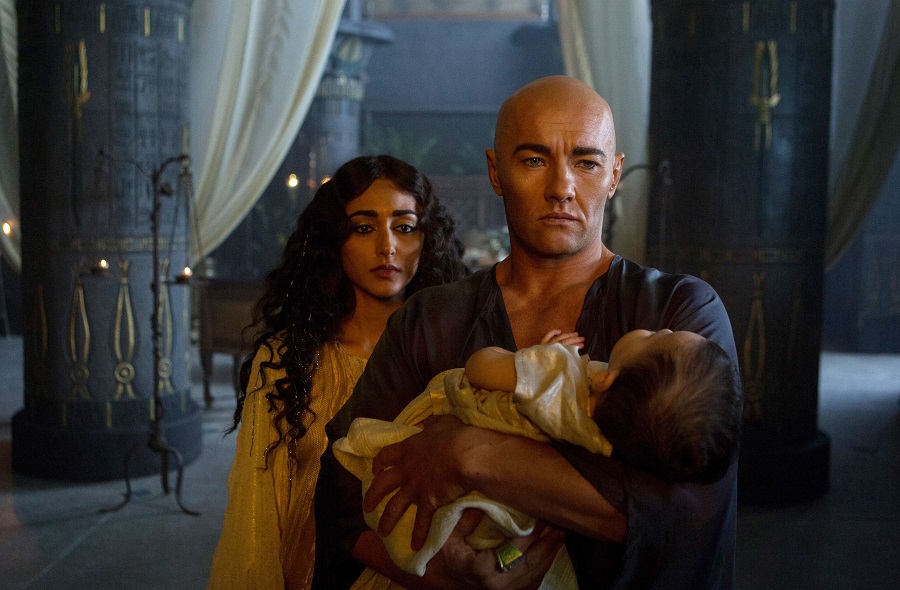 But how do you feel about God killing thousands of Egyptians? Can we get God off the hook? Could we blame the angel of death instead?

While that’s a commonly held belief, Scripture does not attribute the plague to an intermediate creature. It may surprise you to know that there is no angel of death in the Old Testament (Hebrew) or the New (Greek), though you do find it in some interpretative translations (Exodus 12:23 GNB; Hebrews 11:28 NLT).

Later second-temple writings did blame an angel of death, even giving it a name: Mastema (Jubilees 49.2). But the text of Exodus consistently attributes the plague to YHWH:

13:15 When Pharaoh stubbornly refused to let us go, the Lord killed all the firstborn in the land of Egypt …

While “the destroyer” in 12:23 could be personified, it more naturally refers to the plague (compare 12:13). It is YHWH who strikes the Egyptians, and YHWH who protects his people.

That leads us to understand the final plague as the strategic move in the conflict between YHWH and Pharaoh over the Hebrew people. When negotiations fail (compare 10:28), kings turn to war. Ultimately it is death that underpins their power.

This final battle reveals the starkest difference between earthly kings and our true heavenly king. The plans of earthly rulers die with them, while YHWH continues to reign and implement his plans:

Psalm 146:3-4, 10
3 Put not your trust in princes, in a son of man, in whom there is no salvation. 4 When his breath departs, he returns to the earth; on that very day his plans perish. …
10 The Lord will reign forever, your God, O Zion, to all generations. Praise the Lord!

Completely humiliated and unable to protect his people, Pharaoh dismisses the Hebrew people from his service:

Exodus 12:31-32
31 Then he summoned Moses and Aaron by night and said, “Up, go out from among my people, both you and the people of Israel; and go, serve the Lord, as you have said. 32 Take your flocks and your herds, as you have said, and be gone, and bless me also!”

The Hebrews have now been released from Pharaoh’s service, to serve a new king. Their new sovereign will form them into a nation under his kingship. A legal document (covenant) will give them their identity as the people of King YHWH. Their monarch gives them the law (Torah) for their nation. They invite their king to live among them and lead them by constructing a portable palace (tabernacle) that meets his specifications.

They’re about to become the first national expression of the kingdom of God on earth — saved from oppressive rule, representing earth’s true sovereign among the nations.