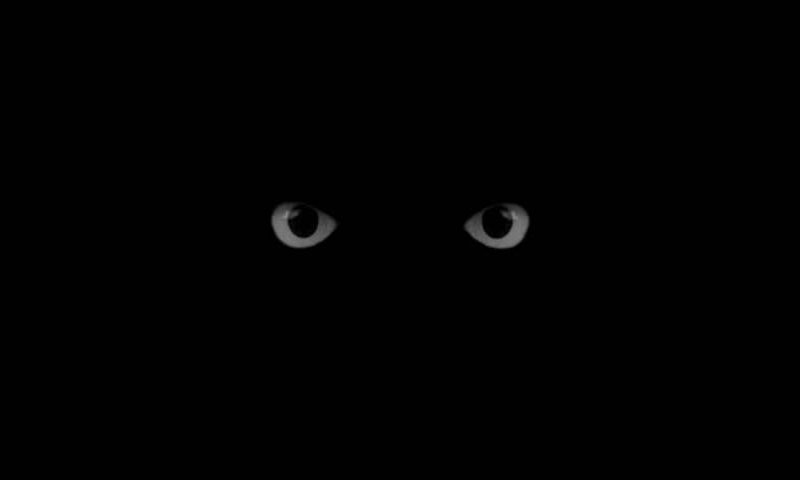 But morning doesn’t come. Night doesn’t end. Ra doesn’t rise. Egypt is hostage to the dark, cloaked in a shroud. Fear takes over when you can’t see what’s there. It’s palpable: a darkness that can be felt (10:21).

Why has the light gone? Ordinary Egyptians may not have known why their nation was plunged into darkness. Pharaoh’s advisors knew. After seven plagues, they’d had enough. They now call Moses Mô·qēš — a snare that has Egypt trapped. They break ranks with the king who has brought the country to ruin (10:7).

Pharaoh still refuses to recognize that the Hebrews belong to YHWH. The divine name is derived from the verb “to be,” so it means something like the Being, the one who is, the I Am. Sarcastically, Pharaoh tells Moses, “The Being will need to be with you if ever I let you all go” (10:10). It’s true: if earth is to be released from evil’s tyranny, YHWH will need to be with his people, taking up their cause, insisting that evil yields to his reign.

Pharaoh is powerless to do anything about the invading locusts. He feels like death has been stalking his kingship in these eight plagues, so he pleads, Remove this death from me (10:17).

But Pharaoh can’t release his grip. He’s a slave to the lust for power. His word is treacherous (10:20).

That’s when darkness descended on Egypt. Pharaoh cannot make the sun rise, and neither can Ra (the sun-god). YHWH alone has authority over the world.

Like Golem with the ring at Mount Doom, Pharaoh cannot let go. He draws his ultimate weapon, hurling the threat of death at Moses: Take care never to see my face again, for on the day you see my face you shall die (10:28).

Sound familiar? Even before Moses was born, he was threatened by this Pharaoh’s father (1:16). As an adult, Moses fled when Pharaoh threatened to kill him (2:15). Dig beneath human authority, and you’ll find death as its ultimate foundation.

So what was the point of all this? With nine mighty acts, YHWH revealed his sovereignty over the rulers of the earth. But what has been achieved? The door for negotiation has slammed shut in the ambassador’s face.

We’re facing the most desperate question in history: how will YHWH’s kingship over the earth be re-established, when the rulers of this world refuse to submit to him?

But YHWH is not snookered. He will meet Pharaoh on his own ground. The death-match is on.