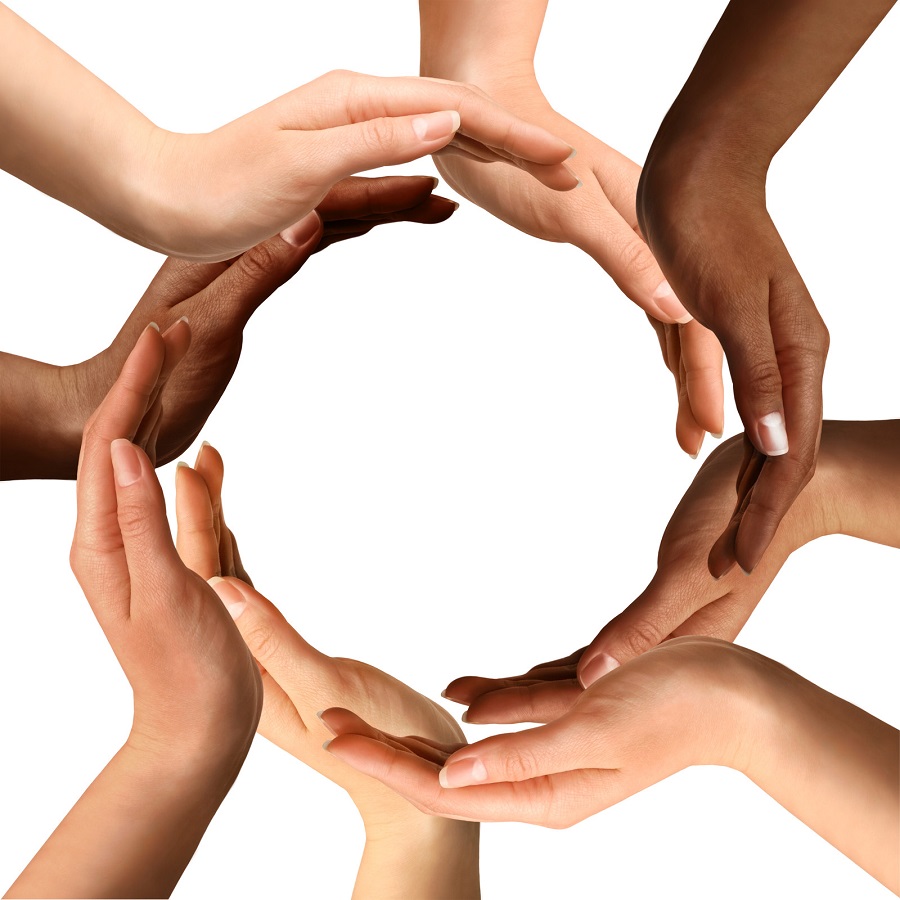 A liberal, an evangelical, and a charismatic walked into a bar. Secretly, the evangelical hoped his elders didn’t see him talking to the other two. Especially in a bar. They were already locked in a debate about healing when Mary arrived. “Sorry I’m late.”

She listened as they talked past each other. They didn’t realize what their perspectives said about them. Eventually she interrupted, “Whoa! Do you guys know how we’re affecting the other patrons? They find our arguments disturbing, and they’ve moved away. The tables around us are emptying.”

Mary continued, “The one thing we have in common is Jesus. We have different traditions, different experiences, different perspectives, different assumptions. The only way we’ll ever come together is if all of us submit to Jesus as Lord. We can only become one in the Messiah.”

The others thought her comments were a bit naïve. “I’m not saying we won’t have differences,” she continued. “I’m saying our differences won’t divide us if we unite under Jesus’ kingship, giving him our allegiance, trusting him to sort out all the things that are wrong in his earthly realm. Violence and injustice, sin and rebellion, sickness and every kind of misery, and even death — all these evils will lose their power when Jesus’ reign is complete, when every knee bows to him and when every tongue recognizes his sovereignty.”

They were arguing over healing, so the liberal is now thinking, “I’m not sure about a physical resurrection to unending sickness-free life in the future.” The evangelical is thinking, “Okay, everything will be healed in the future, but we can’t expect healing now. Sickness in this life is inconsequential, compared with whether they make it to heaven.” The charismatic is thinking, “What do you mean healing only comes in the future? It’s for now, for those who believe.”

But what might happen if we put aside some of these pre-commitments and re-read the Gospels as if they presented Jesus to us as our king? What if we saw ourselves primarily as his kingdom, subjects of the king? What if our primary allegiance was to Jesus as king, and that allegiance shaped the way we treat each other? Could the gospel of the kingdom bring us out of our side-streams, into the river that’s flowing from God’s throne to heal his world?

I think it can. I think it will. It will if we relinquish other allegiances and give allegiance to Jesus as ruler (Lord) and God-appointed king (Christ), the one who reconciles heaven and earth by bringing the shattered and divided earth back together under his reign.

The gospel of the kingdom can and will bring us together in our king. And the barman might join us.

The hands of the king are healing hands, and thus shall the rightful king be known.

Jesus, following his resurrection, is already the Lord of the world, already ruling as king (verse 25 is as clear a statement as anywhere in Paul of what he means when calling Jesus ‘Messiah’: he is God’s anointed king, already installed as the world’s true Lord). Paul understands the present time as the time when Jesus is already reigning. But the purpose of his reign—to defeat all the enemies that have defaced, oppressed and spoiled God’s magnificent world, and his human creatures in particular—has not yet been accomplished. One day this task will be complete: the final enemy, death itself, will be defeated (verse 26), and God will be ‘all in all’ (verse 28). The world will have been put back to rights.

[previous: What does the way you read reveal about you?]

[next: Jesus the healer]

One thought on “Can the kingdom gospel bring us together?”