Here’s a practical exercise in pastoral care, hearing people in their pain. 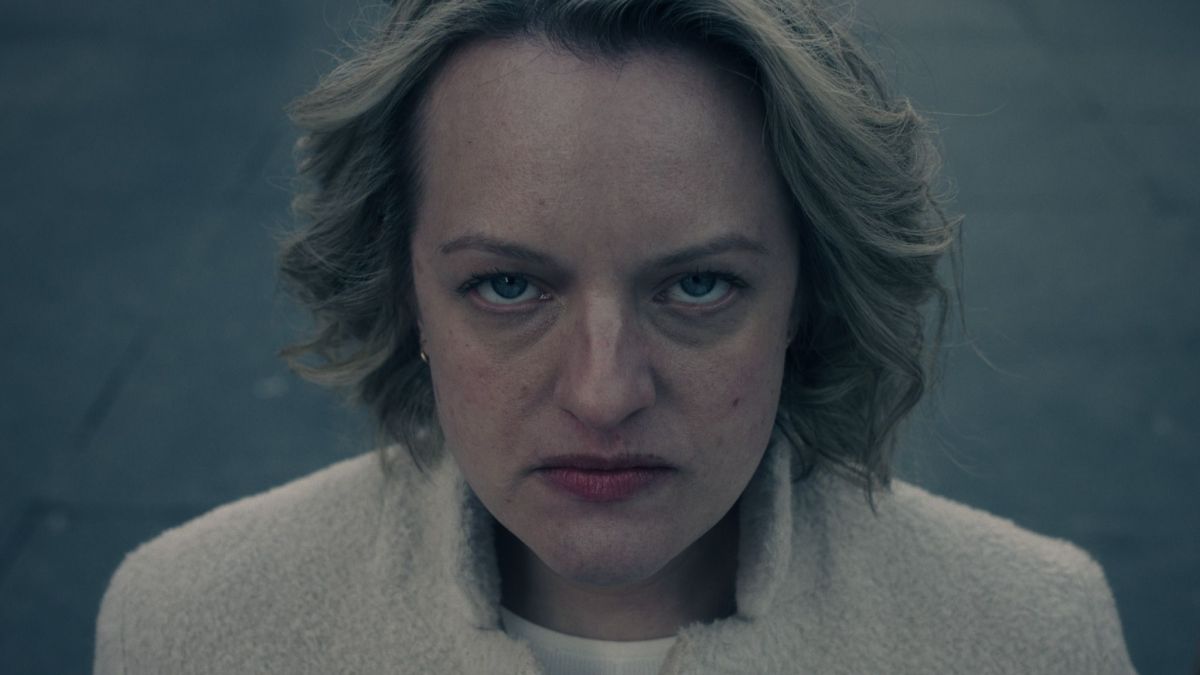 Wherever you care for people — family, small groups, churches, counselling — you’ll feel the whole gamut of emotions. Empathy for their pain. Disappointment with how they treat each other. Hope that they’ll sort things out. Powerlessness to sort it out for them.

We’d love to have our churches full of mature people who have the faith of Abraham and Sarah, but sometimes our people feel more like the problem than the solution. So, here’s some honest pastoral encouragement for you. Your clients are Abraham and Sarah, as we meet them in Genesis 16.

They have this amazing call on their lives to establish a kingdom that will bless all nations. Ten years they’ve walked with God in the land of promise, but they still have their old names and they’re struggling to trust God.

We’re shocked to learn that Abram is sleeping with someone who isn’t his wife. Actually, that’s not what happened, and if that’s our judgement we won’t be able to listen to them.

So, here’s your pastoral care exercise. Read Genesis 16 carefully. Observe the three main characters. Identify what they’re feeling, and what they do in response. Jot down your observations.

What emotions did you pick up? What responses did you see?

Is Sarai feeling desperate? She willingly left her family in the land of the Babel-builders, giving her life to the adventure of establishing a new family in a land where they would serve God Shaddai instead. But it hasn’t worked out, and Sarai is blaming God (verse 2). She feels God has shamed her, blocked her reproduction, misled her to waste her life. She’s dying inside.

What do you make of Sarai’s allegation against God? Is she right? Whatever happens to us — good or bad — it must be God? As counsellors we’re here to listen, not to judge. But it may not help if the counsellor is swimming in the same swamp.

Sarai proposes surrogacy as the way to have a family. IVF isn’t an option, so Abram will need to sleep with Sarai’s slave. Sarai is not proposing adultery. She’s suggesting Abram take a second wife (polygamy): Sarai gave her to her husband to be his wife (verse 3).

This was the usual solution in their culture (compare Genesis 35:23-26). Hagar will be a secondary wife (concubine). Abram will be responsible to provide for Hagar, though as a slave Hagar has no rights and probably no say in the arrangement.

Hagar falls pregnant, and it triggers the inevitable competition between the two wives. Sarai feels demeaned. Between the lines you can hear Hagar’s attitude: “Well, there’s nothing wrong with Abram, is there? I guess your God favoured me over you.” The underlying feeling is superiority: “I’m the better woman here.”

Previously, Sarai blamed God (verse 2). Now she blames Abram: You are responsible for the wrong I am suffering (verse 5). Resentment supports her anguish. She’s feeling, “He gave her a child, but he never gave me one. Why are they treating me as inferior?”

Sarai can’t bear it. She feels so justified in her resentment that she threatens to call down God’s judgement against her uncaring husband: May the Lord judge between you and me (verse 5).

Oh, dear! This does not sound like the idealized picture we have of Sarah who obeyed Abraham and called him her lord (1 Peter 3:6). It’s complicated. But before we’re too quick to judge Sarai for judging Abram, recall the big picture: she did leave everything to set out together on this venture with God. The counsellor’s role is not to judge Sarai’s judgement, but to understand the truth according to Sarai and the trauma it brings.

Sarai has now backed Abram into a corner, pressuring him to take her side against Hagar. By focusing him on Hagar’s disgusting attitude, Sarai emasculates Abram, disabling him so he does not intervene when she mistreats Hagar (verse 6).

This is a grave allegation. The same word in Exodus 1:11-12 describes Pharaoh’s mistreatment of the Hebrew slaves: ʿā·nāh. Their descendants will never forget the way the Egyptians mistreated us and made us suffer (ʿā·nāh) (Deuteronomy 26:15).

Long before the Egyptians enslaved their family, Abram and Sarai have an Egyptian slave (verse 1). An Egyptian slave, repeats verse 3. And they mistreat her. So badly she wants to flee (verse 6).

Hurt people hurt people. But Scripture refuses to divide the world neatly into perpetrators and victims. We’re all in this together.

What did you make of Abram’s emotions? Why couldn’t he tell us his feelings? Why was he passively complicit in the cruelty?

Hagar knows Abram won’t save her. She flees. Anything is better than being with this family. Even the desert, the deserted place.

How are you doing as a counsellor? Are you feeling powerless too? Do you often feel that way as people tell you their stories?

That’s when the narrator steps in to lift our eyes beyond the present pain. The God of Abram and Sarai isn’t stuck. His earthly messengers are no help, so the Lord sends his heavenly messenger to Hagar.

Is that the advice you would have given Hagar? I know I’d struggle to send someone back into an abusive relationship. And just because it was what God said on this occasion does not make it normative for other occasions. Narrative is descriptive, not prescriptive. We’re not living in their world of patriarchy and slavery.

I don’t doubt that Hagar expected to die, with her unborn child, in the desert. The angel was restoring her life. She would not die. She would live on in more descendants than she could possibly imagine (verse 10). Living in Sarai’s household, I doubt Hagar had ever imagined such a future.

It’s the future God gives her. Her son will stand as living testimony that the Lord has heard your misery (verse 11). That’s literally what Ishmael means: God heard. Even when it felt like everything and everyone conspired against them, Ishmael would live in the face of hostility. That was God’s promise to an Egyptian slave, fleeing from the family who so badly misrepresented God to her (verse 12).

Here in the desert where she fled, still carrying the bruises on her arms and in her heart, Hagar discovered something that mattered more than all her pain. Somebody noticed her. Someone sought her out and found her (verse 7).

She’d never known God. All this time she’d lived with Abram and Sarai, and she didn’t even know God’s name. So she does something no one is allowed to do in the revelation of God that is the Scriptures: she makes up her own name for God. She calls him El Roi, literally the God who sees me (verse 13).

And that revelation was enough to turn Hagar’s life around, just knowing that God sees our misery, the injustice we face, the pain we endure. God didn’t prevent it, but he was with her in her pain. Even though it was God’s people who caused her sufferings, God cared. God found her in her desert. God saw her.

In our helplessness as counsellors, this is what we pray for. Silently as you listen, your heart prays, “Lord, reveal yourself. Remove the veil that blocks us seeing you. It’s only in the light of who you are that we’re transformed” (2 Corinthians 3:14 – 4:6).

So, Hagar went back to Sarai and Abram. And they all lived happily ever after? Sorry, that’s not how it ends. The abuse continued until Sarai no longer needed Hagar, and Abram discarded her like trash (Genesis 21:10).

How did you feel as a counsellor with this case? What did you learn as you sat with Sarai, with Abram, with Hagar? What shaped you as you listened to their stories, identified their feelings, observed their responses? How did this influence your understanding or your role and limitations in pastoral care?

Maybe it raised some issues for you. Maybe it even affirmed for you why the New Testament calls Christian leaders to monogamy — to represent God’s faithfulness with faithfulness in our relationships (1 Timothy 3:2, 12; Titus 1:6).

I wonder if Hagar told Abram about her mysterious encounter with El Roi, and the hope he gave her in the desert. I think she must have, for Abram agreed to the name God gave Hagar for their child (verse 15). I’d like to think that every time Abram called Ishmael, the name reminded him: God heard.

The Lord has heard your affliction (16:11). Isn’t that the reason we listen?

Other ancient texts have provided parallels to what the modern reader of Scripture might consider blatant immorality:

1. Hammurapi’s Code, § 146: “When a seignior [i.e., a free man] married a hierodule [priestess] and she gave a female slave to her husband and she has then borne children, if later that female slave has claimed equality with her mistress because she bore children, her mistress may not sell her; she may mark her with the slave-mark and count her among the slaves.”

2. A Nuzi text: “If Gilimninu (the bride) will not bear children, Gilimninu shall take a woman of N/Lullu land (whence the choicest slaves were obtained) as a wife for Shennima (the bridegroom).”

3. An Old Assyrian marriage contract: “Laqipum took (in marriage) Ḫatala, the daughter of Enišrû. In the country Laqipum shall not take (in marriage) another (woman), (but) in the city (of Ashshur) he may take (in marriage) a priestess. If within two years she has not procured offspring for him, only she may buy a maid-servant and even later on, after she procures somehow an infant for him, she may sell her wherever she pleases.”