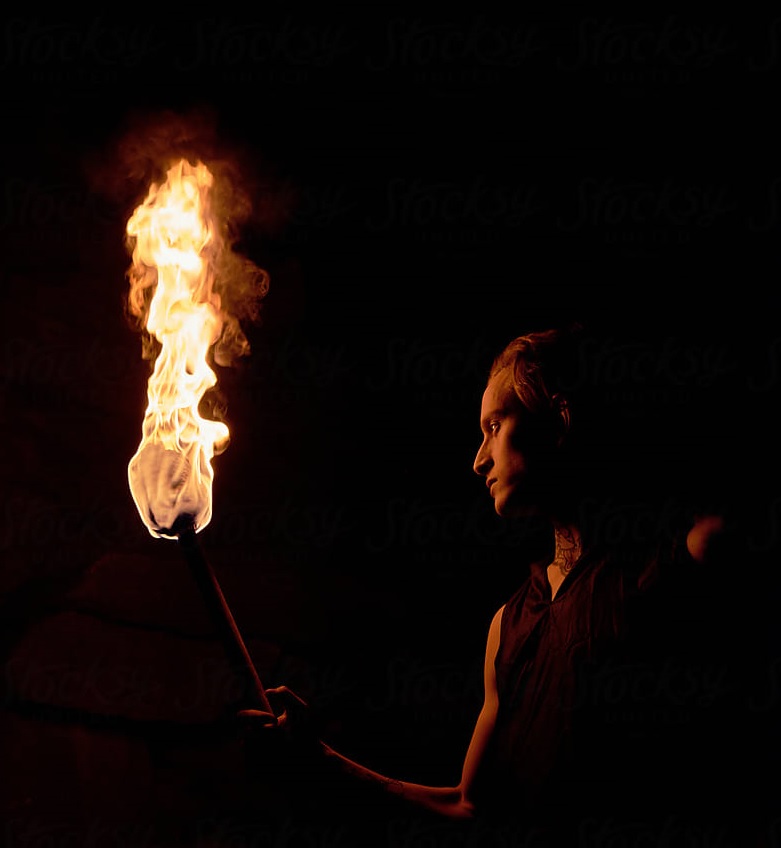 Jesus continues with three more stories of his coming to kingship. The first is about a wedding where some of the young guests were looking forward to the bridegroom’s arrival, but missed it because they weren’t prepared.

Matthew 25:1-13 (my translation, compare NIV)
1 Then the kingdom of heaven will be like ten virgins who took their lamps and went out to meet the bridegroom. 2 Five of the group were senseless and five were sensible.
3 The senseless ones took their lamps without taking their oil. 4 The sensible ones took jars of oil with their lamps. 5 As the bridegroom was taking his time, they all nodded off and fell asleep. 6 In the middle of the night, the shout came, “Look! The bridegroom! Come out to meet him!”
7 Then all the virgins were woken and trimmed their lamps. 8 The senseless said to the sensible, “Give us some of your oil, because our lamps are going out.” 9 The sensible ones replied, “No way! There would not be enough for us and you. Go find the traders and buy some more for yourselves.” 10 While they were gone to make the purchase, the groom arrived and those who were ready went into the wedding with him and the door was closed.
11 Later, the other virgins arrived too. “Master, Master, open up to us!” 12 But he replied, “Truth is, I don’t know you.” 13 So stay vigilant, since you do not know the day or the hour.

Where was Jesus when he told this story? Don’t picture a little Galilean village. We’re not in Kansas (or Nazareth) anymore. This is a kingdom story, told in the capital.

If Jesus is the bridegroom, this is a royal wedding. We don’t know much about the wedding customs of first-century Palestine, but royal weddings feature in earlier literature.

For example, this is how Scripture portrays the son of David preparing for his wedding, and the response of the city that received him:

Song of Solomon 3:9–11 (NIV)
9 King Solomon made for himself the carriage; he made it of wood from Lebanon.
10 Its posts he made of silver, its base of gold. Its seat was upholstered with purple, its interior inlaid with love.
Daughters of Jerusalem, 11 come out, and look, you daughters of Zion.
Look on King Solomon wearing a crown, the crown with which his mother crowned him on the day of his wedding, the day his heart rejoiced.

After centuries with no king, another son of David made his entrance into the city to restore the people of God. Jerusalem erupted in the same kind of joyful procession: waving palm branches, placing their coats on the road for his arrival. The city recognized her king, recalling the regal proclamation Zechariah had made: Say to Daughter Zion, ‘See, your king comes to you …’ (21:5).

But the moment faded, and the city cried, “Crucify him!” Why had the brightness of his arrival gone dark within the week?

Jesus knew. Jesus confronted the leaders of Jerusalem, calling them out as people who had no interest in celebrating the king’s son, in attending his wedding (22:1-7). In that parable, the heavenly king was very angry with those who refused his son and killed his messengers.

In this parable, the daughters of Jerusalem are called foolish. They’re easily distracted from what matters. They haven’t considered how to prepare for their king’s arrival, so they’re preoccupied with their purchases when he finally turns up. They miss the celebration because they don’t have the sense to organize themselves for what matters.

Some of them are senseless, but others are prepared for their king’s arrival. They understand what his wedding means for them.

A wedding unites two families. The wedding of our king unites the family on earth with his Father in heaven.

The wedding has begun, even though his kingship is not fully here yet. It’s a protracted event, but it’s the drop-everything-else event of human history.

We don’t want to be off shopping for stuff to get us through the dark night when the true light of humanity is arriving. The celebration of the union of heaven and earth has begun.

Wedding processions from the bride’s to the groom’s home, accompanied by song and dancing, normally happened at night, hence requiring light. The lamps here are not the small, hand-held Herodian period lamps, which would generate very little light, but torches (as in weddings in the rest of the Mediterranean world). …

The unwillingness of the wise virgins to share their oil reflects their concern for their friend’s wedding. Having only enough for their own torches, sharing would cause all the torches to be extinguished, ruining the whole procession. …
The foolish virgins were not excluded simply because the door was locked (25:10–11), nor because the host actually did not recognize them (25:12), but because they had insulted the bride and groom, as well as all their relatives!

Already in Matthew’s gospel Jesus has referred to himself as the bridegroom (9:15). In a previous parable Jesus spoke of the kingdom as being like a king making a marriage feast for his son (22:2). Mention of a bridegroom hints again at Jesus’ messiahship, which was of course a central issue in the previous chapters, ever since Jesus arrived in Jerusalem.

This highlights the fact that the parable isn’t just about the very end of time, the great and terrible day for which the world and the church still wait. Throughout his ministry, Jesus was coming as Messiah to his people, Israel. They were the ones invited to the wedding feast. They, in this story, are divided between the wise, who know Jesus and make sure they keep alert for his ‘coming’, and the foolish, to whom at the end Jesus will say ‘I don’t know you’ (verse 12, echoing 7:23). Just as the Sermon on the Mount summarizes, not Jesus’ teaching to the subsequent church, but Jesus’ challenge to the Israel of his own day, so these parables, towards the close of the final great discourse in Matthew’s gospel, should probably be read in the same way, at least in their most basic meaning.