What was Jesus seeing when he envisaged thrones for himself and his disciples? 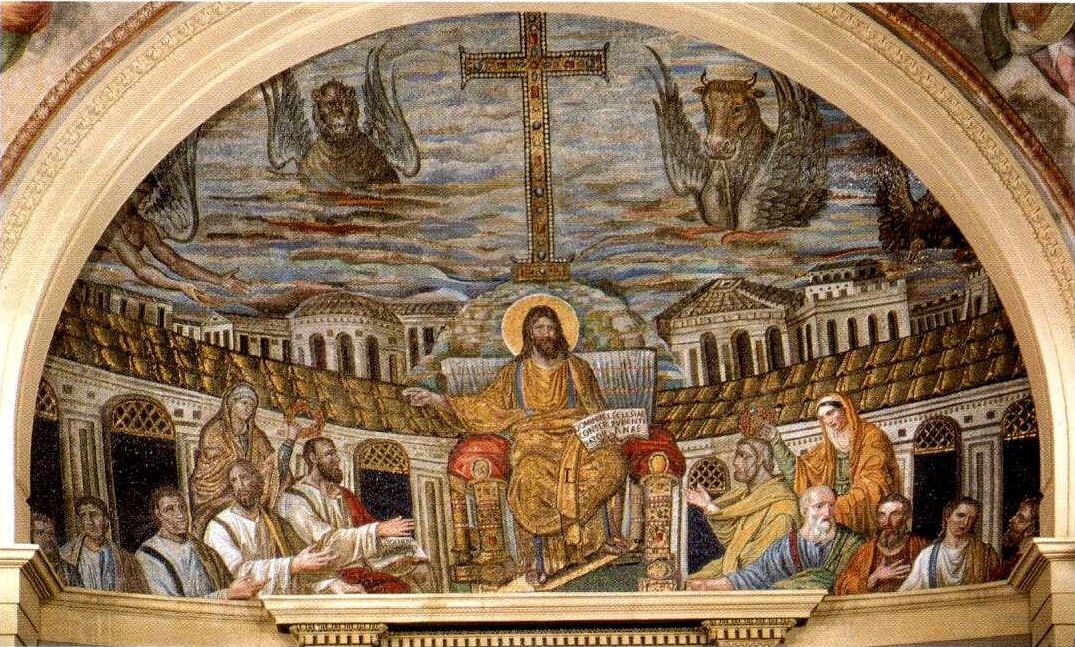 We recognize the kingdom of God by recognizing Jesus as king. That may not be obvious, because Jesus constantly proclaimed God’s kingship without overtly claiming to be king. Only when heaven had revealed his kingship did Jesus begin to reveal his plan to build the community around his kingship (16:16-19).

In fact, he doesn’t mention his throne until his disciples start to question whether Jesus can deliver what he promised. He floored them by declaring that the powerful would kill him (16:20-22; 17:22-23). He devastated them by describing the wealthy as a humanly impossible problem for his kingdom agenda (19:23-26). They start to wonder if pinning their hopes on Jesus to lead them into the regenerated world was worth it.

Matthew 29:27-28 (my translation, compare NIV)
27 Then Peter replied, “Look, we let go of everything and followed you. What can we expect?”
28 Jesus said to them, “Truly I tell you, that you — the ones following me into the regenerated world — when the son of man sits on his glorious throne, you will be seated on twelve thrones too, judging the twelve tribes of Israel.

People today argue over whether the kingdom is already present, or future. For Jesus, the entire human story is the kingdom of God. It’s the renewal of creation, the resolution of Israel’s story, the authority of his disciples, and the restoration of the divine throne over the earth.

The kingdom is both the restoration of our past and the promise of our future.

Restoration of the past

Jesus’ disciples follow him into the regenerated world (οἱ ἀκολουθήσαντές μοι ἐν τῇ παλιγγενεσίᾳ). Creation is being rebirthed (palingenesia = born again) in him. Earth was established as a kingdom of heaven: humans endowed with God’s sovereign authority, given dominion over creation. Jesus is the human descendant (the son of man) who restores divine kingship to the rebirthed world.

This regeneration process began with one nation (Israel) under God’s kingship. Abraham left everything (like the disciples), trusting God to re-establish the world as a city under divine reign (Hebrews 11:8-10). The descendants of Jacob’s twelve sons were God’s representative kingdom. But this nation disintegrated like the world. The northern tribes were overrun by Assyria, mixed in with the nations (2 Kings 17:24). The remaining tribe (Judah) fell to foreign kingdoms, losing their national identity as a kingdom under God.

After the exile, some returned to live under foreign powers. These Jews were not just from Judah. Chronicles records a remnant from most (but not all) tribes. So when Jesus chose twelve apostles, he was re-birthing the people of God. He was their anointed king, and they would rule with him.

In exile, Daniel had received a dream on how God would re-establish his kingdom. The beasts were tearing the world apart, but earth’s faithful sovereign would take the kingdom from them and give it to one like a son of man (Daniel 7:13-14). This son of man restores divine authority not only to Israel but to the whole earth: all nations and peoples of every language bow to him (7:14).

In the human descendant (son of man), humanity returns to divine rule. Creation is rebirthed. Humans are restored as regal agents of the heavenly sovereign. Just as the twelve sons of Jacob received authority as God’s kingdom servants, so Jesus gives his twelve emissaries (apostles) his kingdom authority.

That’s what the image of their reigning on twelve thrones represents. They share in the authority of his glorious throne. The holy people receive the kingdom in him (Daniel 7:18, 22, 27).

Promise of a future

So don’t imagine literal thrones for Jesus and his disciples. He used the language of Daniel 7, where thrones were set in place, and God himself took his seat (7:9) as did his court (7:10). The son of man receives the kingdom (7:13), delegating his authority to his people: the holy people of the Most High will receive the kingdom and will possess it forever — yes, for ever and ever (Daniel 7:18).

God fulfilled this vision when he raised his anointed ruler (the Christ) from death to the throne. He won the victory over sin and death. He shares his Father’s throne, so those who share in his victory share his throne (Revelation 3:21).

Not everyone submits to his authority yet, but Christ’s resurrection guarantees the rebirth of creation, the complete restoration of God’s reign over the earth for us all. This is the great reversal of power:

Matthew 29:29-30
29 And all who have let go of houses or brothers or sisters or father or mother of children or property on account of my name will received a hundredfold and inherit eternal life. 30 Many of those who were first will be last, and the last first.

Those who have gained power through war and conquest will lose it, while the downtrodden will be elevated. Leading the captives out of oppression and death is our resurrected king.

Just as Jesus was not talking about literal thrones, he was not speaking of individual prosperity. You will not have a literal 100 mothers.

What we will have is the richness of a shared communal life beyond anything we have ever dreamed — shared family, shared property, sharing the world under God’s reign as he always intended, all brought to reality in Jesus Christ our Lord.

So, seek first his kingdom, what’s right for his realm, and everything else will follow suit.