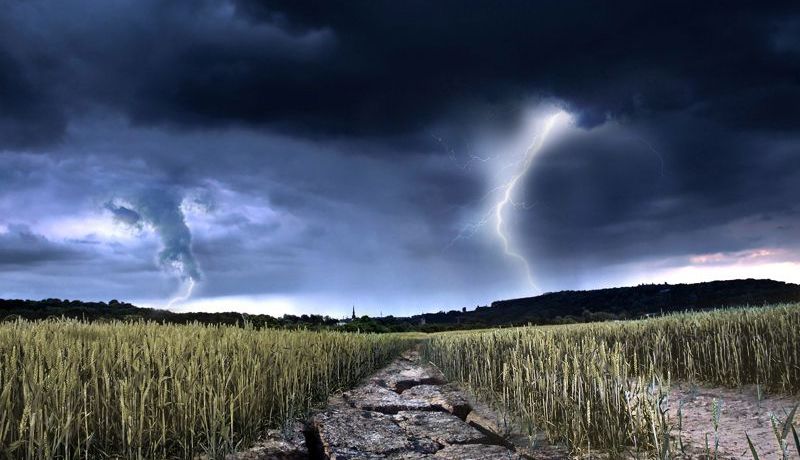 It was the perfect site for a wedding: a quaint old church, perhaps the oldest in our state. Two nights before, the couple arrived for a practice. The chapel was open but unattended, so they went in and began arranging things. They didn’t know what the baptismal font was, so they were just moving it out of the way when the aged priest stormed in. To this day I can still hear the angry crescendo of his livid voice.

A priest is a representative of God. This priest was the image of an angry God waiting in the wings for you to do something wrong so he could pounce. Is God like that?

The Bible does speak of God’s anger. This week a small group leader asked about Ephesians 2:3b: Like the rest, we were by nature deserving of wrath. Is God angry with us?

Yes, God feels anger. He is emotionally involved with us. Any parent knows the anger you feel when someone mistreats your children. Why? Because you care! A god who felt no anger would be a god who didn’t care. The God revealed in Scripture is passionately involved with his people. Don’t contrast his wrath against evil with his loving character: he feels anger because he loves.

God feels anger, but God is not vindictive (vengeful). Injustice makes him angry and demands he deal with it for the sake of his name and his children.

So what does it look like when God gets passionately involved with his people, dealing with the injustice that displeases him? It looks like Jesus, bearing that evil away himself, on behalf of his people. The cross is his passion.

Think of God as the sovereign, responsible for everything in his kingdom. The buck stops at the top. That’s why God must respond to evil:
a) for the sake of his name (his honour) and
b) for the sake of his people (those who’ve been wronged).
But our sovereign is slow to anger, abounding in love and faithfulness (Exodus 34:6).

When Ephesians says we were deserving of wrath, it has something specific in mind. The words you and we are used very intentionally. We explained that we means the group the writer identifies with (Jews), while you means the Ephesian recipients of the letter (predominately gentiles). God decreed the land to Abraham’s descendants, but the nations transgressed the boundaries and took the land for their own empires. You can understand God being angry with the nations, but this text says God’s people deserved his anger.

God’s nation was called to show the other nations how good it is to be living under God’s reign, but some Jewish leaders were as power-hungry and abusive as the nations. 2 Kings 21:16 says “Manasseh [the king of Judah] shed so much innocent blood that he filled Jerusalem from end to end — besides the sin that he had caused Judah to commit, so that they did evil in the eyes of the Lord.” That’s why God terminated the kingship, ending their existence as an independent nation (21:12-15).

This is what Ephesians 2:3 has in mind. The nation that should have known better (established with God’s law) was as violent as the other nations — as deserving of God’s anger.

So, violent transgressors deserve God’s anger, but what does God do? Forget his disobedient people? Give up on them? No! God stuck with them anyway, even in their failures, even when they made him angry. It’s what the next verse says: “But because of his great love for us, …” (Ephesians 2:4).

God feels anger, because he cares so deeply. Anger is one of his emotions, but love is his character, his faithful commitment to his people. His people could describe themselves as deserving of wrath, but what they received was the Messiah — the expression of God’s unfailing love.

Then, beyond all expectations, God extended his love to the nations too — those who had been hurting his children! Their works — what the nations did to God’s family — made God angry. Nevertheless, God brought the other nations into his Messiah’s kingship, making them his people anyway!

This is the most amazing ruler I ever heard of:

Ephesians 2 8 For it is by grace you [nations] have been saved, through faith — and this is not from yourselves, it is the gift of God — 9 not by works [against God’s people], so that no one can boast. 10 For we [together, Jews and Gentiles] are God’s handiwork, created in Christ Jesus to do good works, which God prepared in advance for us to do.

This is the God we represent. Angry priests and preachers give the wrong picture of God. We serve a God who feels anger at injustice because he is love, and reacts by rescuing. How do we represent this God?