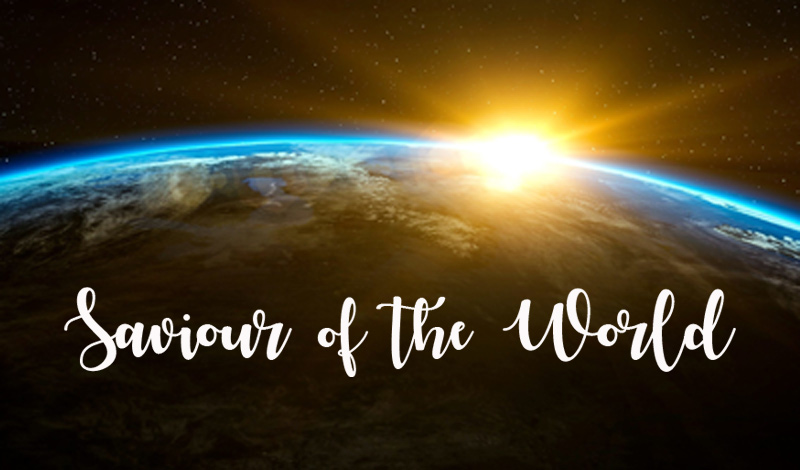 An International Red Cross survey found “millennials are nervous about their future and see cataclysmic war as a real likelihood in their lifetime.” Add catastrophic fires and climate disaster, and it’s not hard to see why many people live in fear.

Does the gospel address our global fears? Or is it about how to escape from a world that’s likely to blow up? Is Jesus merely a personal Saviour? Or is he the Saviour of the world?

Jesus’ countrymen thought they were God’s people. There was significant animosity behind John’s comment that “Jews do not associate with Samaritans” (John 4:9). In a campaign to bring Samaria under Jewish control, John Hyrcanus had ordered the destruction of the temple built by Samaritans on Mount Gerizim to worship God (128 BC). Some Jews thought Samaritans were worse than gentiles. Jesus befriending a Samaritan was as counter-cultural as an American befriending an Iranian.

The Samaritan woman was totally incredulous, asking Jesus, “Who do you think you are?” Jesus kept extending acceptance to her. It reminded her of the only hope of their countries ever being reunited. They could only overcome their hostilities if God sent them his anointed ruler:

Astounding! This is the first time Jesus publicly identified himself as God’s divinely appointed ruler (Messiah/Christ). He didn’t do it often, but he revealed it to their enemies first!

The Samaritans understand the significance: “This man really is the Saviour of the world.” (John 4:42).

Saviour of the world! The divinely appointed ruler who can end the animosity between Jews and Samaritans and unify the world under God’s reign.

The climactic message of this pericope is not, “Look, each of us can have a personal Saviour.” The point is that Jesus is the man who saves the world from the hostilities that divide us, forming us together into one new humanity under God’s anointed ruler (Messiah/Christ).

Seriously: Saviour of the world!

The world isn’t going to hell in a handbasket. God is not leaving us to destroy ourselves. He has given us his Son, the ruler he anointed who is able to rescue us from our destructive ways.

Millennials need to know that’s our future. We all do.

There will be wars and rumours of wars, but see that you’re not alarmed. The future is not an apocalyptic disaster where only the cockroaches survive. The future is a world that comes together in peace under the only one who can save it, the one God has anointed to reign.

Unlike John Hyrcanus, Jesus did not bring an army to force the Samaritans under his kingship. He refused to be a servant of death, preferring to suffer as the servant of YHWH. His kingship is established not by war (taking the lives of his enemies) but by faithful suffering (giving his life to rescue us). He’s not the killer of the evil; he’s the Saviour of the world.

Where else can the world find its Saviour, if not in the community that outworks his kingship here and now?