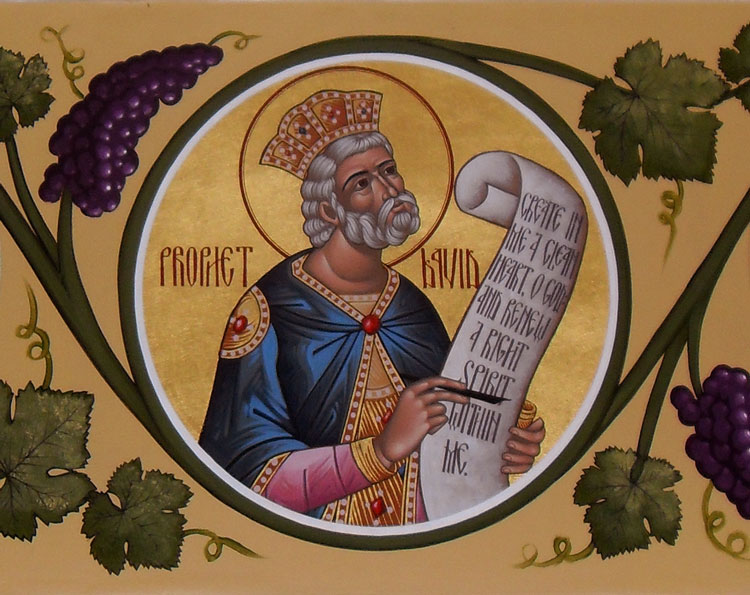 Do the Psalms tell us about Jesus? Are these verses about Christ?

Psalms 118 22 The stone the builders rejected has become the cornerstone.

The New Testament writers thought so. So did the church fathers. Were they right? Or were they bending texts to fit their beliefs? What did David intend? Does authorial intent define the meaning? Or is meaning in the ear of the hearer, whatever the reader wants it to mean?

When the church fathers used the Psalms this way, the Jewish leaders were mortified. They pointed out that no one read the Psalms like this until after Jesus died, so the Christians were merely imposing their own meaning on Jewish literature.

Should we be seeing the Messiah in the Psalms? Everywhere? Nowhere? In a few cases? What do you think?

To answer this question, consider what we mean by messianic. When Christians use the word, they usually mean to do with the Messiah, and the Messiah = the Christ, the Saviour promised in the Old Testament and fulfilled in the New. The word Messiah in Hebrew (mā·šîaḥ) is broader: it means anointed, someone chosen by God and recognized by the people as having the authority to act on God’s behalf.

The Christian perspective of “Messiah = Jesus” is inadequate. King David was the Lord’s anointed — literally the Lord’s messiah. So were his sons who ruled after him.

So, when you see the word anointed / messiah in the Psalms, don’t jump straight to Jesus. It’s about the Davidic king who represented God’s reign on earth. Here are some examples of mā·šîaḥ in Psalms:

Psalm 2 2 The kings of the earth rise up
and the rulers band together
against the Lord and his messiah.

Psalm 18 50 He shows unfailing love to his messiah,
to David and to his descendants forever.

Psalm 89 38 You have been very angry with your messiah …
51 they have mocked every step of your messiah.

Psalm 132 10 For the sake of your servant David, do not reject your messiah. …
17 I will make a horn grow for David and set up a lamp for my messiah.

The Psalms are about God’s reign, and the Davidic king was the agent of God’s reign on earth. Psalms consists of five books that broadly reflect on Israel’s experience of God’s reign:

If the Davidic kingship had continued, the Psalms would have been relevant for God’s messiah (the Davidic king) in each generation. But God removed the kingship from his anointed representatives because they misrepresented him. That’s not a satisfactory ending. So the Psalms declared that, one day, God’s kingship on earth must be restored through a son of David, a chosen son — a messiah, that is, an anointed representative of heaven’s kingship on earth.

The New Testament claims the long-awaited son of David has come. The explosive claim is that Jesus is the Christ, the messiah, the king anointed by heaven to restore God’s kingship (the kingdom of God) to the earth. Since he is the “David” of the new generation, ultimately all the Psalms find their fulfilment in him.

Jesus is God’s anointed ruler (messiah) in the same sense that David was king. David’s kingship was chopped down, but Jesus is the shoot that sprouted from the stump, restoring God’s kingship to the earth.

Jesus has the same political power as David had as God’s messiah. The difference is the extent of Jesus’ authority — ruling not only Israel, but all nations. Jesus is far more than the fulfilment of God’s promises to David; he’s the fulfilment of the promise to Noah, God’s commitment to never give up ruling humanity, no matter how difficult that proved to be. So describing Jesus as the shoot of David feels inadequate: he’s more like the root of David — the original ruler, of whom David is just one example.

Unlike David, Jesus needs no succession plan. He has the keys of death, the keys to release the planet from the injustice of tyrants who resist God’s authority and oppress his humans. The good news is that Jesus is God’s anointed ruler (messiah) to restore the earth into God’s reign (the kingdom of God).

So, don’t search the Psalms for predictions of Jesus. It’s not as if David set out to predict a future messiah. But as God’s anointed representative (messiah) of the restored kingship, Jesus faced the same enemies as the Davidic kings before him (the previous messiahs). When Jesus quoted Psalm 22:1 (“My God, why have you forsaken me?”), he was identifying himself with the previous messiahs — suffering on behalf of God’s people just as previous kings had done. He was God’s messiah, even though he didn’t look very regal with the cross as his throne.

Once you see Jesus as the Christ — the messiah, the divinely chosen and empowered representative of God’s rule on earth, the ruler who restored David’s fallen throne, the saviour who brings the world back under divine rule — you see how all the Psalms that speak of God’s rule through his anointed ruler find their fulfilment in him.

Christianity is the cosmic claim that a man crucified by earth’s rulers has been raised up above them all as pantocrator, as king over all kings.

The gospel is the proclamation that Jesus is God’s anointed ruler on earth: “You are the messiah” (Mark 8:29).