Jesus is the good shepherd? What does that mean? 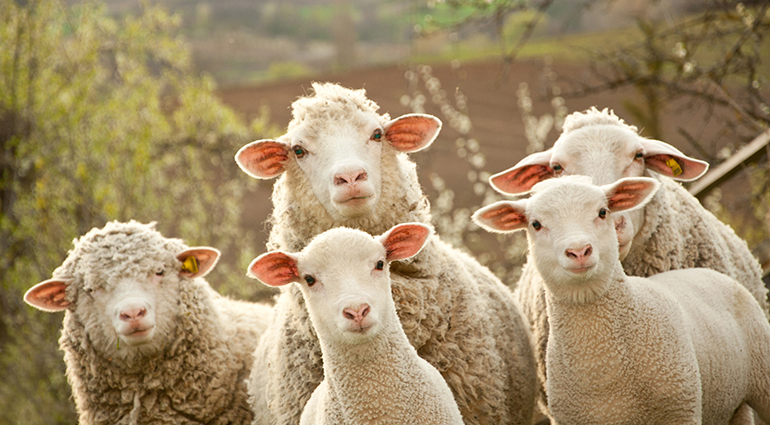 In our culture, religion is an optional religious experience for those who like that kind of thing. It’s good clean fun, time with friends, decent music, more inspiring than Ted Talks. Australia views church as a recreational activity, a time of being refreshed after the work and political struggles of the week, a bit like binging on Netflix except you have to dress up and go out.

So when we read Jesus talking about the kingdom of God, we can’t make any sense of it. We copy the Psalms and sing, “God reigns,” but we don’t think of ourselves as a kingdom.

Jesus says, “I am the good shepherd” (John 10:11), but we don’t understand what that meant to Israel. A shepherd was a ruler, one who led the herd. In Jesus’ day, the Sanhedrin had that responsibility. So if he claimed to be the good shepherd, what was he implying about Israel’s other shepherds?

Thieves, robbers, strangers, hired hands! Ouch! The bad shepherds don’t care for the flock. They make terrible decisions, like locking the sheep out of the sheepfold (9:22), so the good shepherd goes to find them (9:34-35). The whole “good shepherd” imagery is Jesus publicly shaming Israel’s leaders and calling people to follow his leadership instead (9:40 – 10:5). The good shepherd gives abundant life to his flock, whereas the bad shepherds kill and destroy the sheep to feed themselves (10:7-18).

Because we have not understood Jesus’ claim to be Israel’s true leader, we have not understood what he said about the bad shepherds either. He warned, “The thief comes only to steal and kill and destroy” (10:10), but he didn’t mean the devil as Christians often suppose. Jesus was referring to the bad leaders characterized by self-interest, those who feed on the flock to support themselves.

The bad shepherds would have known Jesus was critiquing them. Ezekiel had explained that Israel had gone into exile because the shepherds of Israel had been feeding on the sheep (Ezekiel 34:2). The bad shepherds scattered, killed and destroyed the sheep; yet God would rescue his people, restoring a descendant of David as their ruler:

We have no chance of understanding Jesus if we don’t understand him as this king, the ruler chosen by heaven to rescue his people from the reign of evil, into heaven’s reign.

He is heaven’s appointed king. We are his kingdom, the community under his kingship. That’s the kingdom of God — the flock living under the governance of the good shepherd.

The thief comes only to steal and kill and destroy,” Jesus says in John 10:10. “I have come that they may have life, and have it to the full.”

A quick quiz: Who is the thief?

When I ask my students this question, they almost always give the same answer: “The Devil.”

The problem is that the Devil doesn’t appear anywhere in the context of the passage, but other thieves are clearly identified.

Here [John 10:7–10] the contrast in motives and result is made explicit. The religious leaders are serving themselves with the result that the flock is destroyed (apollymi). This is precisely the picture at the beginning of Ezekiel 34: shepherds who feed themselves (v. 2), slaughter the sheep (v. 3) and use force to overpower them (v. 4). The result is the scattering (diaspeirō) and destruction (apollymi) of the flock (vv. 4–5). Jesus’ expression ‘life to the full’ corresponds to Ezekiel’s image of sheep lying down in lush pastures (Ezek. 34:13–16)

In the context of Jesus’ ministry the thieves and robbers are the religious leaders who are more interested in fleecing the sheep than in guiding, nurturing and guarding them. They are the leaders of ch. 9, who should have had ears to hear Jesus’ claims and recognize him as the revelation from God, but who instead belittle and expel the sheep.