The kingdom of God doesn’t leave unjust kingdoms in place. 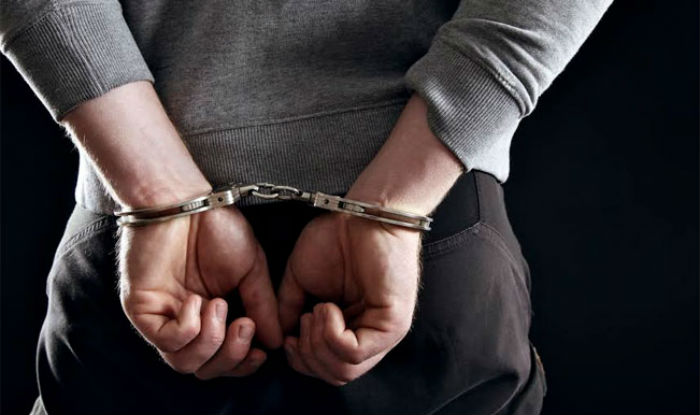 Jesus’ authority brings him into conflict with others who think they run the world. As soon as Jesus was revealed as the Son chosen by the Father to reign on earth on his behalf, he found himself in conflict with the satan, the enemy of Israel that claimed to have “all the kingdoms of the world” under his control (4:8). This enemy works through the rulers of this world, so Jesus expects confrontation with Israel’s rulers. This confrontation will escalate until the rulers of the nations (gentiles) are also involved in executing “the king of the Jews.”

In appointing twelve to announce his kingly authority (that the kingdom is at hand), Jesus knows he’s placing them at risk too. The authorities won’t passively hand over their power to Jesus: they will arrest his representatives, torture them, try them, and even kill them. That’s how the powers operate.

Jesus’ representatives are in real danger. They won’t know who to trust. They’ll be betrayed: even members of their own family will be influenced by propaganda designed to discredit Jesus.

This strategic kingdom conflict amounts to a war — a war that will determine who runs the country, and ultimately the world. It’s war, but it’s a war in which only their enemies are armed. Jesus’ advice is that when they see the enemy chasing after them to kill them, they are to run for their lives. That’s the strangest battle plan. In the end, it comes down to endurance: the one who keeps running survives.

So we have this crazy picture of kingdom confrontation. Jesus’ lambs are at the mercy of the wolves that run the world. They must understand the wisdom of the serpents, while keeping their own plans as innocent as doves. Their eyes must be open to the treachery of the Jewish and gentile rulers. When pursued, they’re to run. Chased from town to town by the authorities who don’t want Jesus’ kingship, they will make a whirlwind tour of the towns of Israel.

This is how Jesus described the kingdom confrontation the twelve were about to enter as he sent them out to proclaim and enact his kingship:

17 Be mindful of the people: they’ll hand you over to courts, and flog you in their meeting halls. 18 You’ll be led before governors and kings because of me, to give evidence to them and to the nations.

19 Whenever they hand you over, don’t be apprehensive over how or what to say: what to say will be given to you in that moment. 20 It isn’t you speaking, but the Spirit of your Father speaking in you. 21 A brother will hand his brother over to death, and a father his child. Children will revolt against parents and have them killed. 22 You’ll be hated by everyone because of my name. The person who lasts to the end survives. 23 When they chase you in this city, escape to another. Truth is, you won’t get through all Israel’s cities until the son of man arrives.

Jesus expected them to be arrested and find themselves in court. Instead of planning a defence strategy to minimize their imprisonment, they were to expect prophetic utterance to maximize the declaration of Jesus’ kingship. Why? Their arrest helps expose the injustice of the current system.

But the final sentence above is truly staggering. Before the twelve could announce him to all the towns of Israel, the divinely appointed authority of Jesus would arrive for all to see. The human chosen by God to represent his authority on earth — the son of man — would be revealed. Before they finished announcing him to Israel, Jesus would have led his kingdom confrontation against the powers in Jerusalem, died at their hands, and been raised up to life — heaven’s declaration that all authority in heaven and on earth had been entrusted into his hands.

Sheep among wolves they were, with a vulnerable shepherd — a son of man. This world’s rulers would be exposed as fraudulent pretenders when they overstepped their authority by crucifying the true king, the unarmed shepherd, the nonviolent son of man. Heaven would vindicate him, raising him out of death and giving him the kingship. That vision would inspire the twelve to keep going as they proclaimed the king through all the towns of Israel.

Today, Jesus’ kingdom remains a radically subversive message that threatens rulers and governments of our world. Ultimately every enemy of God’s authority will be exposed and put down by means of his nonviolent reign. As representatives of this message, we proclaim it, even when our lives are at stake. Don’t underestimate how threatening Jesus’ kingdom message is for those who think they run the world. What they did to Jesus, they will do to his followers.

That’s assuming we understand Jesus to be much more than a private religious experience. He is the divinely appointed ruler of heaven and earth.

Those of us who live in the Western world have become used to taking it for granted that we live in a tolerant society. We don’t expect people to haul us off into court for what we believe. We don’t expect to be beaten up because we speak about Jesus. We certainly don’t expect to find ourselves coming before governors and monarchs on a charge of treason. But Jesus’ message was truly revolutionary, and like all true revolutionaries he and his followers were regarded as very dangerous. The question we face is not so much, ‘Isn’t it a shame that the rest of the world isn’t as tolerant as we are?’, but ‘Is this a sign that Christianity in the West has somehow compromised itself?’

Despite centuries of later Christian interpretive tradition, when the gospels speak of “the Son of Man coming” the presumption must be that they are speaking not of an eschatological parousia but of a heavenly enthronement, the vindication and empowering of the Son of Man after his earthly rejection and suffering, when God will turn the tables on those who thought they had him in their power. …

“The coming of the Son of Man” is thus not a description of a particular historical event but evocative language to depict his eventual vindication and sovereign authority. … The fulfillment is thus apparently linked with the vindication and enthronement of Jesus after his resurrection.