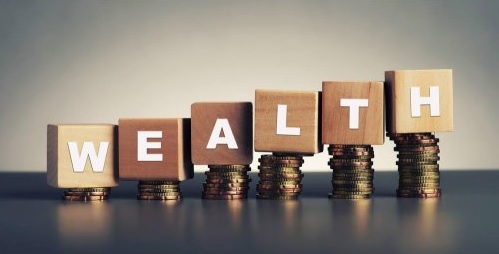 Imagine a king who owns an enormous realm. He appoints servants to manage the realm on his behalf, to make sure all his creatures are cared for. But the servants are seduced by the power placed in their hands. Instead of caring for the realm, they squirrel resources away into their own private hordes, stashing the king’s resources for their own benefit.

In time, there’s a dearth in the kingdom, So much of the king’s resources are now in the hands of so few that some of the king’s creatures are starving. In their malnourished condition they are unable to fight off disease, so a great sickness spreads across the kingdom. When the king’s servants see how badly people are faring, their attitudes are hardened. They say, “It’s just as well we stashed away all these resources. Otherwise we might be starving and sick like the rest.” They became self-sufficient and turned away from the king.

When the rest of the realm saw how the servants of the king behaved, they said to one another, “How can there be a king if these are his servants? We must do as they do.” So they raided each other, looting as many resources as they could stash away. Fierce competition broke out. Life in the kingdom became dangerous.

Many times, the king had warned those who so misrepresented him. Finally he sent the prince to turn them around. And what the king’s son said was something like this:

Matthew 6:19-24 (my paraphrase)
19 Stop squirreling away what’s valuable for yourselves on earth! Moths and corrosion ruin your stash, or it’s looted by looters. 20 Keep your valuables where they’re safe — in the care of your heavenly king — so they won’t be ruined by moth and corrosion or looted by looters. 21 Wherever your valuables are, that’s where your heart will be.

24 No one can serve two masters. You’ll give up on one and give yourself to the other. Or you’ll be devoted to one and demean the other. You cannot serve God and Wealth.

Did the preceding story help you hear Jesus’ words in a fresh way? Jesus is calling us to massive cultural change. Just as a fish doesn’t realize it’s wet, we are so immersed in a materialistic culture that we don’t even realize we’ve given our lives to garnering wealth and lost what our heavenly king intends.

The overarching story of our culture is finance. We send children to school so they can get a job. They need a job because income buys you a life. Money is power: power to buy the labels that earn social respect, power to travel and see the world, power to invest and create wealth. Wealth has the power to let you retire. From the cradle to the grave, economics runs our lives, our households, our cities, our nations.

Money itself has become a commodity. Did you ever pause to consider the layers of middlemen who make money out of money: bankers, lenders, share traders, currency traders, brokers, accountants, auditors, security guards, regulators, wire-transfer companies, credit card companies, and the lawyers who fight each other so we can keep our money?

Because money is the controlling story, we worry about a day when the financial markets might collapse. We “stimulate” the economy because we fear recession. A recession occurs when people stop spending, and we can’t have that! We must keep everybody spending — whether they need to buy anything or not — because, well, if they don’t we can’t keep making money.

In the western world, our lives are driven by money so we can live like kings. Does any of this make sense? Even church-attenders are so immersed in this way of thinking that we can’t conceive of society being any different. Jesus could.

Jesus imagined a world in which wealth was not the controlling story. “Financial security” is an oxymoron: it’s the lure of being self-sufficient — sufficient in myself without God. Wealth is a false god, a god that cannot protect you. “Wealth creation” is an illusion. We don’t create anything: all our resources are gifts from the heavenly Father who provided them for the family to share, not to stockpile.

Jesus challenges us to different values. Don’t spend your life stockpiling valuables here on earth where they naturally corrode and lose value, or where people take them from you. Spend your life on something truly valuable: the restoration of God’s kingship, his authority to direct us how to live and how to manage his creation. We were designed as stewards of God’s creation. It’s our human vocation. But instead of recognizing our king and fulfilling the vocation of managing his world, we’ve turned into squirrels, each trying to create our own little private horde from the resources that actually belong to the king.

We must break the cycle of dependence on wealth instead of God. We can never have the kingdom of God while we are living for Wealth.

[Al]most all people who are able to save and invest experience the temptation drastically to overestimate their genuine needs and/or to try to secure their futures against all calamity. Meanwhile, the truly destitute of the world continue to grow poorer.

For us moderns, who try to protect our treasure by insecticides, rat poison, mouse-traps, rustproof paints and burglar alarms, it disintegrates instead through inflation or devaluation or an economic slump.

Jesus’ grounding argument is that what we value— our treasures, which are measured by where and on what we spend our energies— indicates where our heart, or the center of our passion, is.

[next: Stressed about your social standing?]