In speaking against hypocrisy, Jesus undermined those masquerading as rulers. 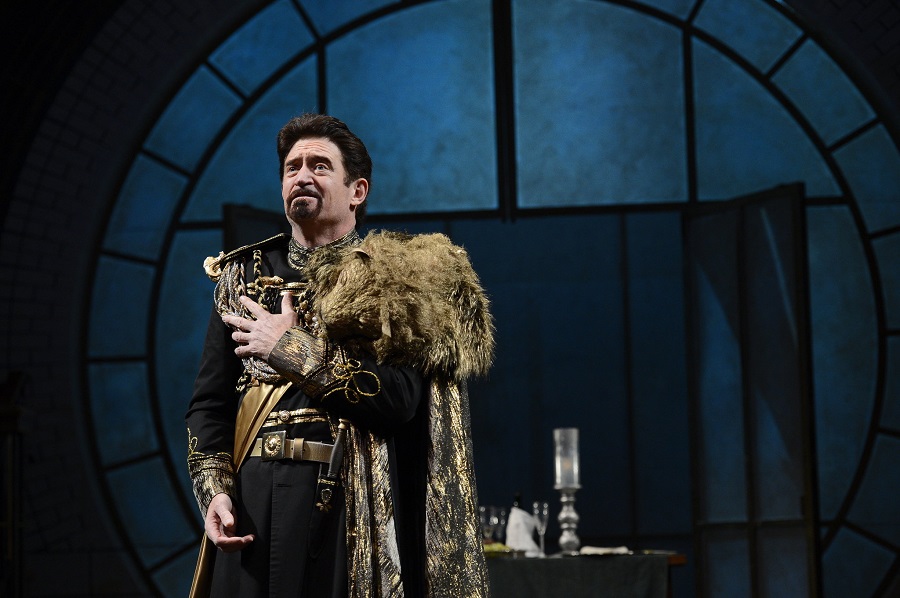 Up to 5 years jail for wearing a mask? Hypocrites, look out!

Ironically, actors are among the most highly regarded people in our culture. Martin Sheen was paid far more to act the president in The West Wing than the president who faced the real issues of American society every day. Why do we honour actors above the real thing?

At the other end of the scale, calling someone a hypocrite is about as low as it gets. A hypocrite is someone who pretends to be someone they’re not. Someone who isn’t real: they just act. In Greek culture, hypokritēs was the word for actor or orator. So if you thought someone was a really good actor, you could say they were a really good hypocrite.

Persians took a somewhat different approach. They thought that a really good actor must have been channelling the spirit of lying (drug) instead of the spirit of truth (ǎa), e.g. Yasna, 30, 3–5 (TDNT Vol 8, 256). To act was to be fake.

Three centuries before Jesus, the Hebrew texts were translated into Greek, called the Septuagint (LXX). The team used hypokritēs to translate ḥā·nēp̄, a Hebrew word meaning godless or profane, e.g. Job 34:30 (KJV) “… that the hypocrite reign not, lest the people be ensnared.” In Jewish literature (perhaps under Persian influence), hypokritēs generally has the negative sense of acting in an inauthentic manner. Perhaps they used it for the Hebrew word meaning “godless” because humans try to take over God’s authority, to rule in his place.

There are exceptions. The Letter of Aristeas tells the story of the Septuagint — how 70 men in 70 days translated the Hebrew texts so Greek rulers could learn from the wisdom of God found in his Torah. In this imaginative story, the king was so impressed by divine wisdom that he honoured the translators with an extended banquet, plying them with questions about how he should rule:

Letter of Aristeas 217–220:
So he [the king] asked him [a Jewish elder], “How can we avoid doing anything unworthy of ourselves?” 218 The reply was, “Always have an eye to your glory and prominence, so that you may say and think what is consistent with it, knowing that all your subjects have you in mind and speak of you. 219 You must really be not the least among the actors! They observe the character which they have to portray and do all their actions consistently with it. Yours however is no acting role, you are really a king, God having granted you authority as your manner deserves.” 220 The king responded with prolonged hearty and genial applause, after which they invited the guests to sleep. When he had finished entertaining them, they turned attention to the next day’s arrangements for the banquet.

The word “actors” above is hypokritēs. A wise Jewish elder can encourage the king to act the part of the king, since he really is the king. In our culture, it would be like an advisor telling a newly elected politician, “Okay, you’re a politician now, so act the part.” In other words, play the role that people expect of you as their leader. Any number of leadership seminars will give you the same advice today.

The conflict comes when someone is playing the part of leader even though God has appointed someone else. Initially, Saul was anointed by God to rule as king. Saul disobeyed, and so God withdrew his Spirit from Saul and anointed David instead. The rest of 1 Samuel is the pitiful story of Saul acting as king, although God no longer backs his leadership and no longer directs him. Saul should have stepped aside, recognizing God’s anointed ruler David instead of trying to kill him. Saul is a hypokritēs: he acts as if he is king, even though he no longer has divine authority and so makes terrible decisions. That’s what Job 34:30 said: when the hypocrite reigns, the people are ensnared in their lie.

That seems to be the way Jesus uses the word hypokritēs. Jesus has been revealed to Israel as the anointed king, the Son to whom the heavenly king is pleased to entrust his reign. But those who currently reign over God’s people won’t relinquish their power. They continue to act the part of rulers, even though God has appointed Jesus. They’re hypokritēs — just actors, with no truth behind their claim to power. Like Martin Sheen in The West Wing, they’re not the real president.

What Jesus is doing is undermining the authority of those who claim to be the leaders of God’s people, by calling them actors. The word hypokritēs occurs 17 times in the NT (excluding cognates), all of them in the mouth of Jesus:

In every case, Jesus is critiquing those who claim to rule but have no divine warrant to rule. By failing to recognize the leader God has appointed, their play-acting leadership is doing a great deal of damage to God’s people.

“Do not be like the actors” (6:5). Get real, and recognize our true Lord. The actors can’t save the world. God’s appointed ruler can.

The hypocrisy in view here is a vice of teachers, who bear the heaviest responsibility: not only do they not enter the kingdom themselves but they also hinder those who would like to enter (Matt 23:13), substituting their own authority for God’s authority and so making them into children of Gehenna (23:15).

Hypocrites is the translation (rather transliteration) of a Greek word originally used of an actor who played a role (perhaps “play actors”). In the Septuagint it is employed as a term for the godless. In the Psalms of Solomon, which are of Pharisaic origin, it is applied to the Sadducees, since they were considered worldly by the Pharisees (Psalms of Solomon 4:7, 25). Although the word itself may indicate self-delusion, in the context conscious deception is evidently intended.

[next: A generous kingdom]