If there will ever be justice in this world, how on earth will we get it? Jesus takes a radical approach. 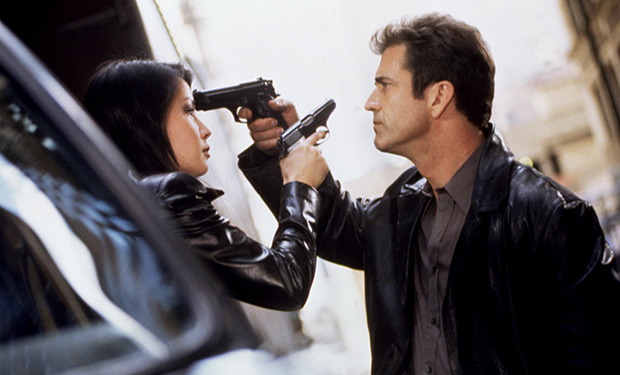 Audiences love it with the hero gives the villain what he deserves. The villain has walked all over people in his quest for power. The hero fights for those who’ve been hurt, and brings the villain to justice. It’s the stuff of movies, novels, and comic books. It’s not the stuff of history.

Sometimes an Adolf Hitler is brought down. Other times a Joseph Stalin slaughters tens of millions and no one stops him. History often feels like the law of the jungle, where the most powerful beasts win.

That was Israel’s problem in the Bible’s story. God had established them as a nation under his reign, but the beasts invaded and crushed them. Jesus proclaimed the restoration of God’s reign, but how could the rulers be defeated? How would God give his people justice and restore his government?

Many times, God had sent deliverers to save his people: Moses, Joshua, Othniel, Ehud, Shamgar, Deborah, Gideon, Tola, Jair, Jephthah, Ibzan, Elon, Abdon, Samson, Samuel, Saul, David and so on. But eventually God’s people were crushed by evil again, powers that didn’t recognize God’s authority. So how did Jesus think the world could be set right?

Matthew 5:39 (NIV)
But I tell you, do not resist an evil person. If anyone slaps you on the right cheek, turn to them the other cheek also.

These words are so counter-intuitive that people have offered dozens of cultural or linguistic solutions to tone down or sidestep what he said. Wrong approach. It sounded as crazy to Jesus’ mountainside audience as it does us today. He intended to throw people off balance. Only when he undermined their expectations about how power worked could they accept his radical kingdom worldview.

Behind Jesus’ words is his belief that it is God who establishes his kingdom. If we have to make justice work, then I want to make sure the evil person gets what they deserve. But the king of Israel taught his people that you don’t need to do that. He called us to trust divine power instead of enforcing justice ourselves. In the kingdom of God, it is God who is responsible for justice.

Picture yourself trying to live like that. An evil person abuses you by smacking you on the face, threatening your tooth and your eye. Are you going to ensure the villain gets what they gave? Are you ready to take out their tooth or their eye? Or are you living under God’s kingship, trusting him to sort out the evil in his realm, determined to do right and not respond to evil with  the same evil? We’re to be better than our enemies.

Turning the other cheek offers a surprise challenge to your attacker. You’re inviting the aggressor to weigh what they’re doing: “Are you sure you want to repeat what you just did, adding more urgency for God to deal with you?” That’s a practical statement of your faith right there. It’s where the rubber meets the road. Or perhaps where your nose meets the road.

Jesus really is talking about kingdom justice. Someone wants to sue you for the shirt on your back? Give him your coat as well. It’s the best way to care for him. Even if he’s in the wrong, he’ll never be able to claim that God’s people don’t care about giving justice (5:40).

But how practical are these ideals in a world that’s so unjust? For many in Jesus’ time, Roman soldiers were the very image of what was wrong, the ongoing failure of God’s reign. A soldier could stop them working in their fields and force them to render assistance. It felt like slavery. The pack he forced you to carry probably contained armour and tools of oppression. And there were no mile posts to indicate when you had met your obligation.

Was this the time to stand up for the kingdom and say, “Jesus is Lord and Caesar isn’t!” No, says Jesus. Walk extra distance with him. Treat him as a friend, not an enemy. Ask him about his family. Show him a better kingdom than the one knows. (I’m interpolating, but you get the point.)

Can this work? Can good ever overcome evil? Or will evil beasts always win because they have the power and they kill off the good? That question has been at the core of the Bible’s narrative ever since Cain killed Abel. History is a parade of injustice and death. It certainly doesn’t work in every individual case. But can Jesus’ kingdom ideal work at all?

Before Matthew’s Gospel story is complete, Jesus himself will face that very question. Who really does have the power?

Jesus’ aim is not to establish a new and more demanding set of rules to supplant those of the scribes and Pharisees. It is to establish a “greater righteousness,” a different understanding of how we should live as the people of God, an alternative set of values. In place of the principle of retribution he sets non-resistance; in place of the defence of legal rights he sets uncalculating generosity; in place of concern for oneself he sets concern for the other. … Instead of therefore dismissing Jesus’ teaching as starry-eyed utopianism, a proper response to this challenging section is to ask in what practical ways Jesus’ radical principles can be set to work in our very different world. Our answers will vary, but if they are true to Jesus’ teaching they will represent an essentially non-self-centered approach to ethics which puts the interests of the other before personal rights or convenience. We should note also, however, that a willingness to forgo one’s own rights and even to allow oneself to be insulted and imposed on is not incompatible with a firm stand for justice in principle and for the rights of others.

Even in a society obsessed with honor and shame (e.g., Sir 1:30), a disciple must be so secure in his or her status before God that he or she can dispense with human honor.

Thus, I would explain the passage as follows: It has been said by them of old time, Thou shalt not take unjust revenge; but I say, Take no revenge at all … The intention of the law to prevent unjust revenge is best secured by not taking revenge at all.

Evil will become powerless when it finds no opposing object, no resistance, but, instead, is willingly borne and suffered. Evil meets an opponent for which it is not a match.

[previous: As true as our king]