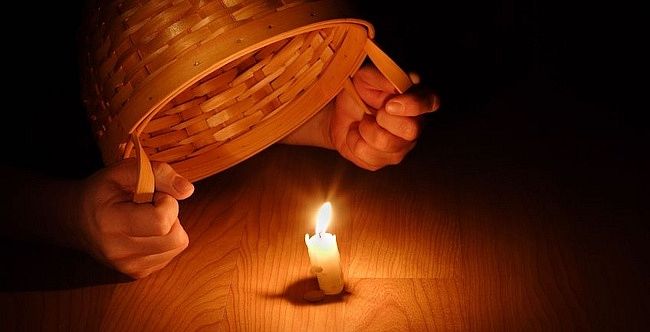 Why would someone want to lose their saltiness? Who wants to try to hide a city that’s prominently perched on a hill? And why would anyone try to cover a lamp with a bucket? If you haven’t asked these questions, you’re missing what Jesus was saying to his Galilean audience.

Jesus promised the restoration of God’s kingship over the people who had been crushed by the nations for centuries. His good news was that the heavenly sovereign would give the kingdom to the poor, the crushed, the powerless, the disenfranchised. So he called them to display God’s kingship — by being merciful, keeping their motives pure, making peace, and rejoicing when they were persecuted by those in power.

Persecution had made them guarded about their distinctive saltiness. Esther tried to hide her identity through fear of the Persian rulers but couldn’t. 200 years before Jesus’ address, Antiochus IV had tried to Hellenise the Jews — to make them blend into Greek culture. Greeks tended to treat circumcision as mutilation, so some Jewish males even went so far as to reverse their circumcision, since gymnasium competitions were held in the nude. Jewish leaders condemned those who compromised their distinctiveness like this. But the distinctives that Jesus has in mind are not circumcision, kosher food laws, ethnicity, and Sabbath observance. The distinctives of the kingdom people are showing mercy, keeping a pure heart, making peace, and rejoicing in persecution.

Jesus warns them not to lose these distinctives. The blessed people taste so counter-cultural, so powerfully human, so God-flavoured, that they’re as strong as salt. They cannot hide it. Salt can’t just blend in. So don’t even try to lose your saltiness! Remember when the big empires came to swallow you up? If you had retained your saltiness, they could not possibly have swallowed you! It’s because you lost your distinctiveness that they swallowed you. Losing your saltiness won’t prevent persecution: your enemies will simply trample you underfoot (5:13).

God intended Jerusalem and the Jewish people to be as obvious as a city set on a hill so the nations would see his kingship. There was no point trying to hide their light under a bucket: it’s not going to happen. It’s not supposed to happen. People are meant to see the way you care for the poor and comfort the mourning and empower the meek and give justice to the desperate. God intends that people see you doing good things like that, for you exist to show the splendour of your sovereign, to cast light on everything in your Father’s house (5:16).

The people who represent God’s kingship are so distinctive that earthly rulers cannot ignore them. Persecution is guaranteed. When it happens, we’re to be glad that they feel threatened by Jesus’ amazing care and governance. Don’t try to blend in: we’re salt! If we lose our saltiness, people will just trample us. Don’t try to hide the brightness of communal life under his kingship. You can’t hide it. Don’t even try to contain it. Just let people see what they need to see — the city where God’s people display his mercy, purity, peace and joy even when evil rulers resist.

Evangelicals are still trying to hide our distinctiveness. We don’t call people to submit to Jesus’ kingship, for fear that people may find it unpalatable. Sometimes we even present the message as if people can have power over Jesus, e.g. “Won’t you invite Jesus into your life? It’s your choice. It’s your decision whether you want Jesus. Please don’t turn him away.” Offering people relief from guilt and a free ticket to heaven is no substitute for calling them to live as restored humans under King Jesus so that people can see their good works and give glory to the sovereign they represent.

Maybe that’s why people think the church is irrelevant — insipid salt, trampled underfoot. It’s time to get salty. It’s time to be the kinds of communities that are so bright at displaying Jesus’ care of the world that people get the picture and acknowledge the splendour of the heavenly sovereign at work in us.

Granted, the treatment of [early] Christians varied from place to place and from one emperor to another. But the combination of popular abuse, cultured critique, and official repression across the better part of three centuries, locally at first and then empire-wide toward the end, has no parallel. Indeed, in light of the social and, increasingly, the political consequences of being a Christian in these early centuries, one might well wonder that the movement grew and why people became Christians. But, obviously, those who did so under those circumstances had strong reasons. There must have been things about early Christianity that made it worthwhile to become an adherent in spite of social harassment and potential prosecution.

[next: Are Christians the moral police?]