Working for King Jesus makes you a threat to those want to run the world. 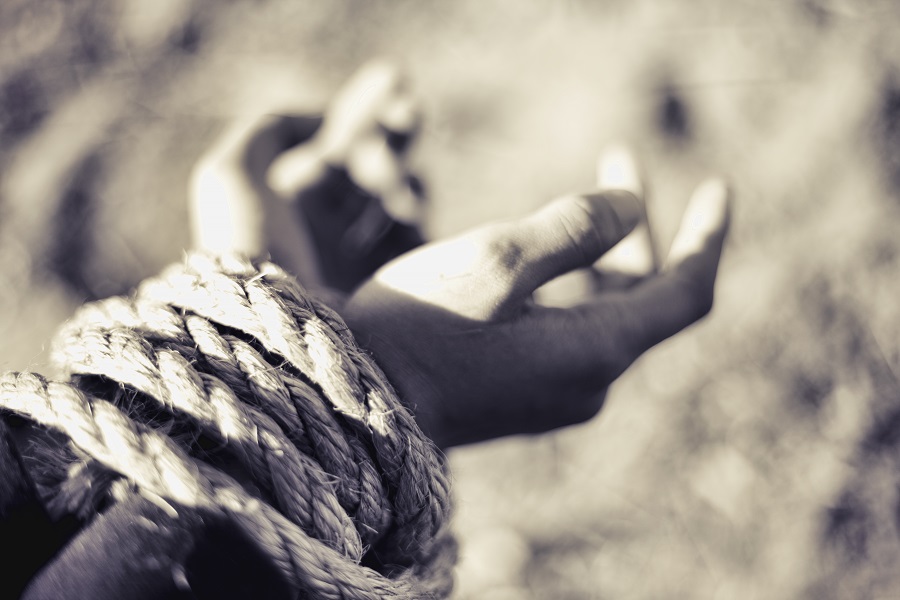 Jesus did not train his followers to fight back. He did not promise God would magically rescue us. Instead, he taught us to see our suffering as instantiating God’s kingship.

When rulers feel threatened by King Jesus’ ambassadors, they’re fearful of losing their power. That’s wonderful! You’ve shown them the possibility of God’s kingship. When they need to lock you up or shut you down, they’re seeing in you the reality of Jesus’ reign. Well done! You’re getting through! What a joy!

So how should we react? The worst response is to react to evil with evil. “Bomb the hell out of them” was not Jesus’ solution to the problem of evil, and it cannot be the reaction of his followers. Any ideology that forces itself on people is evil, whether derived from fascism, communism, Islam or Christianity.

In the fourth century, the Roman emperor converted to Christianity. That’s when “Christians” became persecutors. It began with power struggles among the bishops, ostensively over doctrine. Athanasius (bishop of Alexandria) was ultimately vindicated, but only after he’d been exiled four times. In the centuries that followed, the church-controlled empire conducted wars in Jesus’ name. We’re still reaping the damning effects of the crusader mentality and murderous inquisitions, things that have given the good news a bad name. If Jesus were delivering his address today, I’m sure he would add, “And woe to you who act abusively in my name. I never knew you” (compare 7:21-23).

Our commander-in-chief orders us to love our enemies. At a minimum, that means we can’t kill them. It shames him when we lash out at Muslims or communists or whoever threatens us. Don’t do it! Instead, rejoice that the kingship of Jesus is a real threat to people preoccupied with power. Rejoice! Be glad! The one who reigns in heaven will reward you … with the restoration of his kingship (5:12).

Terrorists and suicide-bombers are not our enemy. They’re just slaves of our real enemy, the one Jesus faced in Matthew 4. Jesus’ mission was not to destroy the humanity of those who do evil, but to rescue them. Are you on the same mission? Pray for the persecutors, that they will see their true king.

When followers of King Jesus react with joy instead of fighting back, it confuses those who think they’re running the world. Some (not all) will begin to see God because you’re reacted out of a pure heart (5:8). When we make peace, they have a chance to see sons of the heavenly king (5:9).

Your life displays the character of the God you believe in. What kind of God does your life reveal? When you’re under pressure, you really find out.

Friedrich Nietzsche understood how threatening Jesus’ kingship was to those in power. This summary is from John Stott, The Message of the Sermon on the Mount (Matthew 5-7), (Leicestershire: IVP, 1985), 54–55 (emphasis original):

Probably nobody has hated the ‘softness’ of the Sermon on the Mount more than Friedrich Nietzsche. … His most violent anti-Christian polemic and was written in 1888, the year before he went mad. In it he defines what is ‘good’ as ‘all that heightens the feeling of power, the will to power, power itself in man’, and what is ‘bad’ as ‘all that proceeds from weakness’. Consequently, in answer to his own question, ‘What is more harmful than any vice?’, he replies, ‘Active sympathy for the ill-constituted and weak—Christianity.’ He sees Christianity as a religion of pity instead of a religion of power; so ‘nothing in our unhealthy modernity is more unhealthy than Christian pity.’ He despises ‘the Christian conception of God—God as God of the sick …’ — a conception from which ‘everything strong, brave, masterful, proud’ has been eliminated. ‘In the entire New Testament there is only one solitary figure one is obliged to respect,’ he affirms, and that is Pontius Pilate, the Roman governor. Jesus, by contrast, he disdains as ‘God on the cross’, and Christianity as ‘mankind’s greatest misfortune.’ The cause of his venom is plain. The ideal that Jesus commended is the little child. He lent no support whatever to Nietzsche’s commendation of the ‘superman’. So Nietzsche repudiated the whole value-system of Jesus. ‘I condemn Christianity,’ he wrote. ‘The Christian church has left nothing untouched by its depravity, it has made of every value a disvalue.’ Instead (in the last words of his book) he called for a ‘revaluation of all values’.

“On my account”—the disciples are reviled, but it actually hurts Jesus. Everything falls on him, for they are reviled on his account. He bears the guilt. The reviling word, the deadly persecution, and the evil slander seal the blessedness of the disciples in their communion with Jesus. Things cannot go any other way than that the world unleashes its fury in word, violence, and defamation at those meek strangers. The voice of these poor and meek is too threatening, too loud. Their suffering is too patient and quiet. In their poverty and suffering, this group of Jesus’ followers gives too strong a witness to the injustice of the world.

Most refugees from the Middle East are women and children who have suffered the assaults of ISIS terrorists and civil war. We have the opportunity to rescue, help, and bless some of the world’s most oppressed and vulnerable families.

[previous: Humanity untwisted: the joy of the Beatitudes]

[next: Salt of the earth]