Were the prophets who predicted Trump’s victory right? 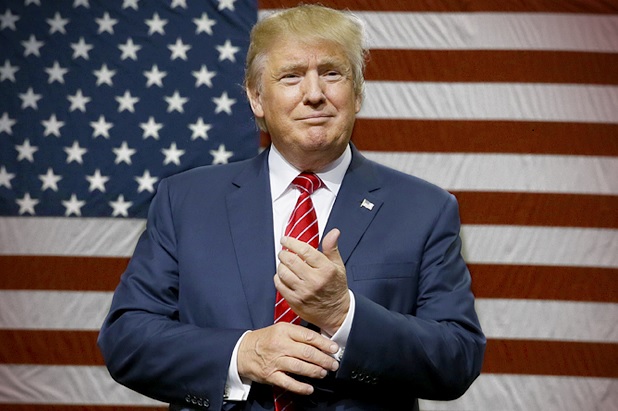 Now that the American presidential election is over, I’m writing to beg my friends not to confuse your allegiance to Jesus with your allegiance to a political party or to your nation. I’m an Aussie. I’m neither pro-Trump nor pro-Clinton. I am pro-Jesus. I’m writing this because 4 out of 5 white Evangelicals voted for Trump, and some (not all) of you confused support for Trump and support for Jesus. I beg you to listen, because that’s really dangerous to your faith.

Last night a New Zealand couple asked me what I thought of Donald Trump. They were convinced that God had raised him up into office. It was just like the way God had raised up Cyrus in Old Testament times, they said. They’d heard Christian prophets announcing all this on TV before the election. The prophets said that God was so fed up with corruption in high places that he would give America a wrecking ball, a bulldozer to clear it out, to turn America around and make her great again.

If you’ve been listening to these prophets, I have a prediction for you. Those who place their hope in Trump will be put to shame. No one can deliver the transformation of the world except Jesus. In the short term, things may be better or worse under Clinton or Trump, but the president of America cannot save the world or make a lasting difference. That’s Jesus alone.

Many of you voted for Trump as the lesser of two evils. I understand that. Debating who’s worse is interesting, because it reveals which issues you weigh as most significant. I’m not here to discuss that. I’m raising a red flag against those who proclaimed Trump as God’s anointed ruler. If you believe that, you’ve not made a minor mistake: you’re trusting a false gospel. It will fail you.

The gospel of Jesus is the proclamation that he is Lord. He is the rightful ruler. In New Testament times, the gospel of Jesus competed with the “good news” of the Imperial cult—that Caesar was their saviour (σωτήρ) and lord (κύριος). As this blog has been explaining, the kingdom of God is the core message of the Bible. Any competing claim is a false gospel, whether from Rome or Washington.

My main concern is the false prophets who proclaimed Donald Trump as God’s appointed ruler. In ancient times, anyone who wanted to be king needed a prophet to proclaim him as God’s anointed. You see this in passages like 1 Kings 11 and Nehemiah 6:7. It continues today. It is insidious when evangelists who are supposed to be bearing the good news of Jesus become prophets of another ruler instead.

The good news of Jesus is that he is earth’s ruler (Lord). He is God’s anointed ruler (Christ). He is the one who liberates the world from corruption (Saviour). He is the Son of the heavenly sovereign, and he alone is worthy to reign. When prophets elevate Trump (or Clinton or anyone else) as God’s appointed ruler, they are false prophets, dangerous deceivers claiming to speak in God’s name, enemies of Jesus Christ. They speak with the voice of the dragon, drawing people away from the true gospel of the kingdom of God.

Those who trust in them will be disillusioned. When that happens, don’t turn away from faith in Jesus the true Christ. Purify your faith by turning back to Jesus as the only God-appointed Messiah, the only true Saviour from the corrupt political system, the only true hope of the restoration of God’s reign.

The failed prophecies of Donald Trump’s reelection may have damaged the credibility of the US independent Charismatic wing of evangelicalism more than any event since the televangelist scandals of the 1980s. They have led some outsiders to criticize Christianity itself and rightly call us to introspection.

Don’t misunderstand me: I’m Charismatic myself, and the majority of Pentecostal and Charismatic pastors I know were not paying attention to such prophecies. Millions of online views and shares, though, show that many people were.

One thought on “Trump and the kingdom of God”